They have climbed over it after a section of the guardrail collapsed before noon onto a lane of traffic below.

It hit a vehicle underneath, injuring one person. Chattanooga police say the injury is non life-threatening.

This is the ramp from I 75 north curving into Georgia. It fell onto the lane from I 75 south (out of Georgia) merging into I 24.

The inspectors had to make sure that more parts would not come down before they can remove the slab that has already fallen.

At this point, they have no idea why it fell.

The bridge dates back to the original construction in the 1950s.

Only the concrete guardrail would have been added later.

This entire interchange is scheduled to be redone in the future. Engineers say the entire layout will be reversed.

But that is in the future.

Now they will remove the slab and make repairs.

TDOT officials ask drivers to go slow as they continue their work.

Traffic is being re-routed around one of the busiest sections of I 75.

The inspectors say they won’t have a full report compiled on what went wrong for another two weeks. 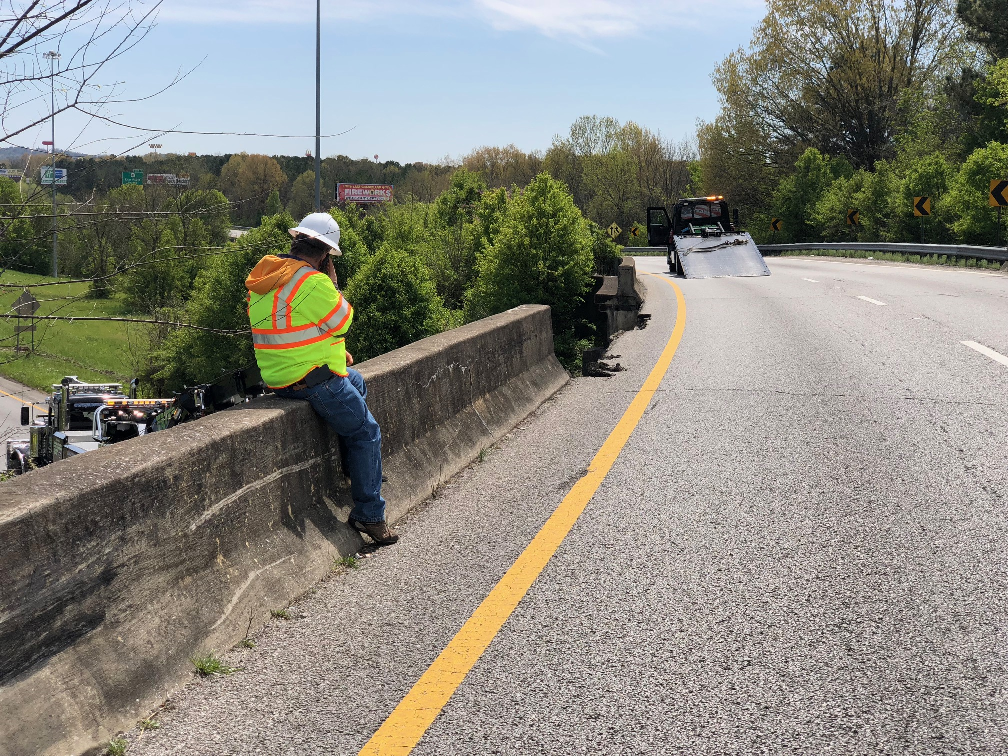 UPDATE: Chattanooga Fire Dept. says one person was injured when the concrete collapsed onto a car passing underneath. We are waiting on a press conference this afternoon for the latest.

All lanes are currently blocked I-75 North to I-24 West due to a concrete railing collapse. The concrete railing fell from the I-75 South overpass. Responders have also closed the ramp from I-75 South to I-75 South. All southbound vehicles have been re-routed to I-24 West. TDOT HELP, Fire, Police, and TDOT maintenance are all on scene. TDOT Bridge Inspection and THP are also en route.  More details to follow as they become available. 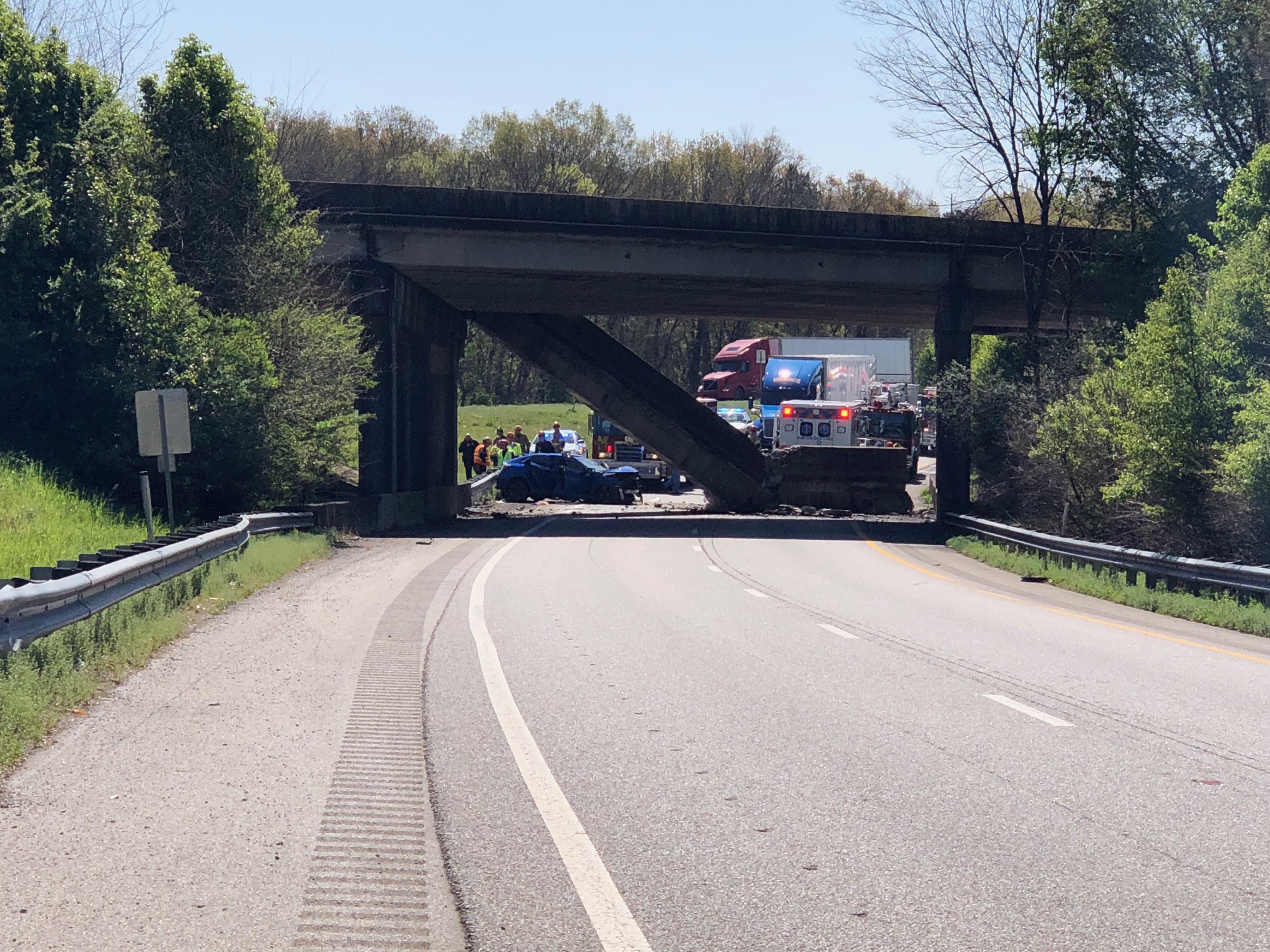 A concrete railing on I-75 N to I-25 W collapsed and hit a car. Responders on scene say person sustained non-life-threatening injuries. @TDOT is re-routing traffic. Pics by BC Carlos Hampton. #ChattFire pic.twitter.com/Db7D5Oesld