The Pioneer Woman: Ree Drummond on food, fame and family

It’s 5 a.m., with record heat, and Ladd Drummond is up and at it. “You gotta try to get everything done before it gets too hot,” he said.

He’s running cattle, over about 100,000 acres. His family’s been herding cattle for four generations in Pawhuska, Oklahoma, near Tulsa.

It’s actually a famous recipe, because Ree Drummond is known to millions as “The Pioneer Woman,” her top-rated show on The Food Network.

“I’m not a trained chef, and so I have a level of accessibility,” she said. “I’m not going to show [viewers] anything that is beyond their skill. And also, I use a lot of ingredients that are pretty easy to get.”

She loves recipes that are easy to remember, and nothing fancy: comfort food like macaroni and cheese, sticky buns, and her signature chicken-fried steak.

“It is, and the answer to that question is usually either butter or crème!” Drummond laughed. “Why is this so good?”

She describes herself as someone who is not a famous actress, or a “famous type,” but just “a mom who cooks for her family.”

Who, as her fans know, isn’t shy about her love of butter, basset hounds and legendary Broadway star Ethel Merman.

Drummond let loose with her uninhibited impersonation of Merman, outdoors. “She doesn’t do anything half-way,” said her husband.

And Ree’s take on her singing? “It’s probably good that I have a cooking show!”

Drummond’s life on the prairie is well-documented. When Ladd is out herding cattle, or when she feeds the family, her camera crew is there to catch it. 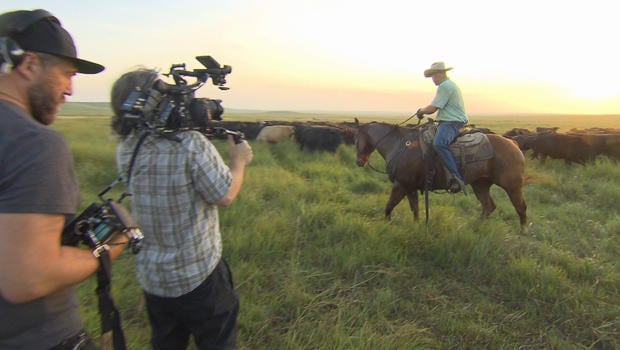 She also wrote a best-selling memoir that reads like a Harlequin novel, recalling her night out with friends at a bar when she saw him: “It truly was for me close to a lightning bolt.,” she said.

And there was a lot of kissing involved? “Well, she started it,” Ladd laughed.

“Truly he just was different than anyone that I had ever been around with before,” said Ree, of the fellow she called The Marlboro Man.

They had grown up just an hour away from each other. She was hardly a cowgirl; she’d taken ballet and lived next to a golf course.

She was even a vegetarian. Cho said, “That could have been a deal breaker.” 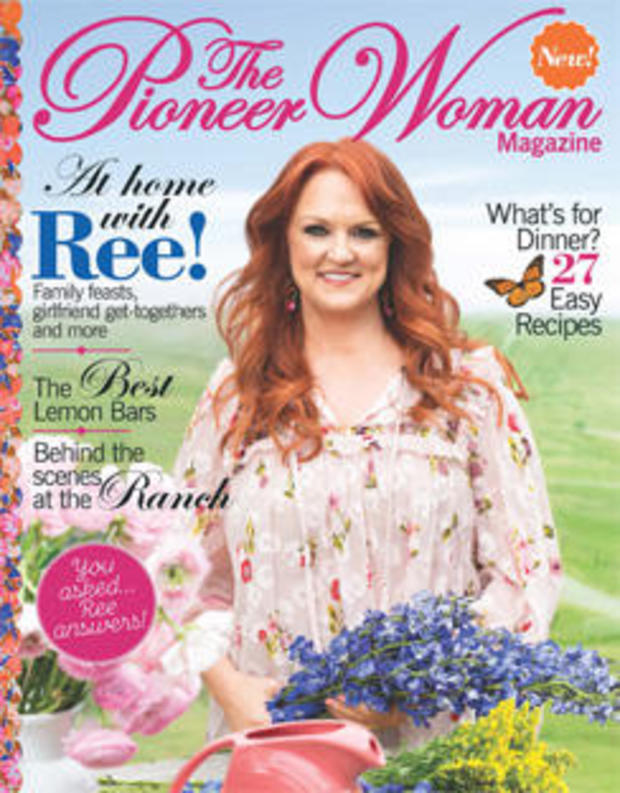 Fact is, you could say this all began with a recipe for steak, which Ree posted on her “Pioneer Woman” blog in 2007. The feedback she got? “Post another one. What are you going to post next?”

Her recipes became so popular, she wrote a cookbook – actually five, all New York Times #1 bestsellers.

There’s a Pioneer Woman magazine, and home goods at Walmart. “I am involved in every single dot and flower that appears on a cup,” she said.

And then there’s the transformation of tiny Pawhuska (population: 3,500) into a bona fide tourist destination. Ree and Ladd own a prosperous chunk of downtown.  There, at the Pioneer Woman Boarding House, you can sleep like Ree in the hotel suites she and Ladd designed, or eat like Ree in their pizzeria, or in their huge restaurant, the Pioneer Woman Mercantile. “I told Ree two weeks before we opened, ‘We might have lost our mind; I don’t know if anybody’s coming to Pawhuska,'” Ladd said. 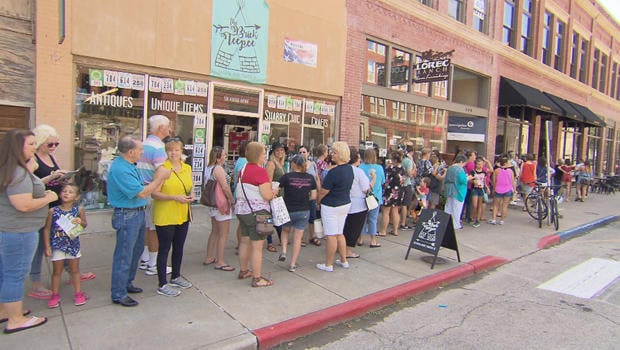 Ree Drummond may never get a Michelin star, but this pioneering woman has blazed her own trail with a pinch of luck, loads of butter, and a healthy serving of determination.

Cho noted to Ladd, “She says that every great idea she’s had has come from you.”

But whatever success the Pioneer Woman has achieved, Ree detests the word “empire.” “I just think of the word ’empire’ as being in a position where you can just sit and reflect on everything you’ve done,” she said. “And I just don’t have time to do that. I’ve got too much to do, today!”

Check out these recipes from Ree Drummond: