Police were called to an alley at 10th Street and Washington Avenue.

A witness said there were three men there, one with a handgun.

The witness heard a gunshot and the men ran.

But police couldn’t find anything.

Then three hours later, they got a call about a man who had been shot that was at a home on County Road 530, several miles east of the town.

While checking that out, officers were told about the earlier shooting and a potential suspect who lived just a block away from the morning incident.

They went back to Ohio Avenue where they found a man who refused to come out. 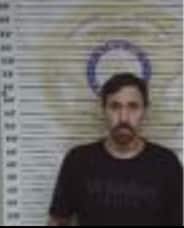 He was flown to a Knoxville hospital with a gunshot wound where he was reported in stable condition.

Shadden faces charges of Aggravated Assault, Possession of a Firearm during the Commission of a Dangerous Felony and Reckless Endangerment.

The investigation is continuing.