JEMISON, Ala. (AP) – Police say nearly two dozen FedEx packages have been found in woods along a rural Alabama road about 75 miles from a ravine where hundreds of undelivered FedEx parcels previously were discovered.

Police in Jemison said in a statement Wednesday that about 20 packages bound for locations on nine different roads were discovered.

It wasn’t clear how long the items had been on the roadside or whether there was any link to an earlier discovery in Blount County near Hayden. 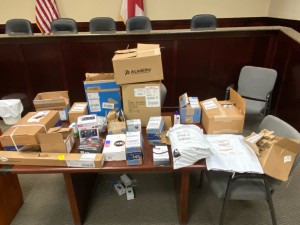