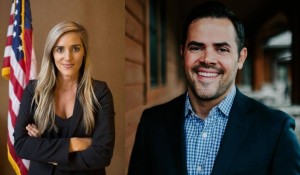 CHATTANOOGA, Tenn. (WDEF)- According to a poll released by Hamilton Flourishing, a local political advocacy group, both Wamp siblings are currently leading in their respective races as Election Day prepares to arrive tomorrow.This poll was released on Saturday and was conducted by polling organization Spry Strategies. The poll interviews were conducted via landline and the internet and the survey featured 298 likely Republican primary voters.

In the Hamilton County Mayoral Republican Primary, their poll results were:

In the Hamilton County District Attorney’s Republican Primary, their poll results were:

These poll results have a 4.4% margin of error. Hamilton Flourishing’s Senior President, Doug Daugherty, stated that, “It is apparent that Tuesday’s election will hang on each vote. The early polling supports this, so we encourage everyone to get out and vote!”

Election Day is tomorrow, May 3. The polls open up in Tennessee in all counties at 8 AM, and close at 8 PM in the Eastern Time Zone, and 7 PM in the Central Time Zone.

Here is the link to view the election data spreadsheets and summary charts provided by Hamilton Flourishing.