His second wife, Marla Maples, was from Dalton.

Senator Loeffler joined the President in person, while Senator Perdue joined remotely because of his quarantine.

President Trump came out swinging, saying “There’s no way we lost Georgia.. there’s no way. That was a rigged election.”

He offered a list issues with the November results in both Georgia and seven other states he is contesting.

The President told supporters he still needs Loeffler and Perdue to back his next four years in office. 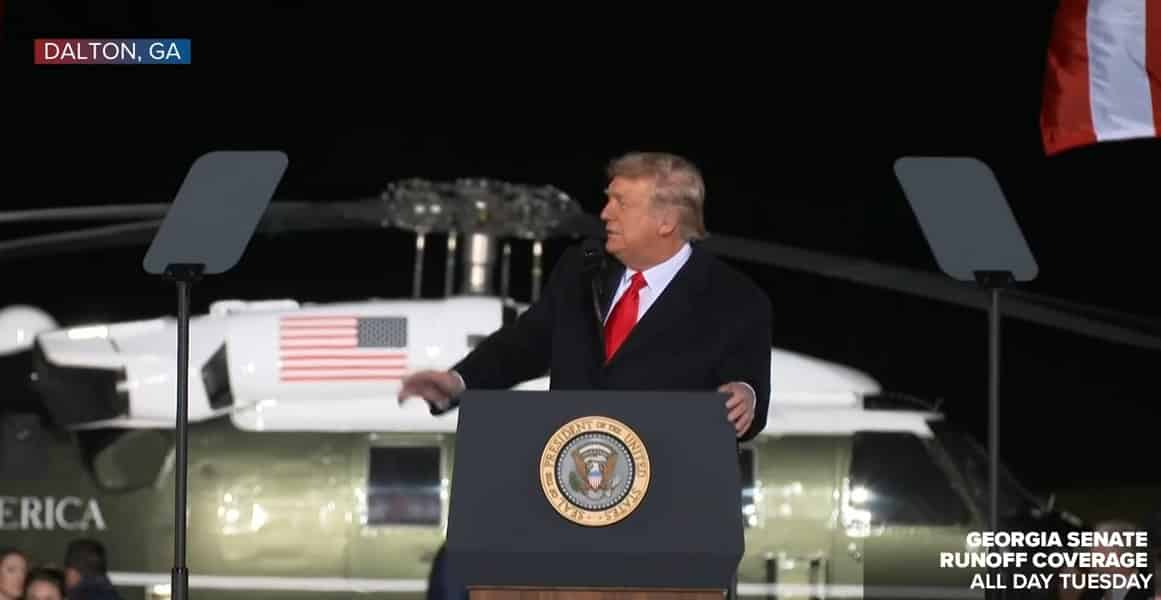 “The whole world is watching the people of Georgia tomorrow. And you got to swamp them because everything’s so crooked around. I mean, not and not here. They were saying, oh, he’s complaining about Georgia. No, no, I’m complaining about eight different states. And I think we’re going to win them all you’re going to get everyone you know, you’re going to show up at the polls and record numbers, you got to swamp them, and together we’re going to defeat the democratic streamers and deliver a thundering victory to David Perdue.”

But he spent much of his speech complaining about the vote in Georgia, listing thousands of votes he considers cast illegally.

And he said he would be back in Georgia in two years to campaign against Gov. Kemp when he is up for re-election.

The President hasn’t made many public appearances since Joe Biden was named the winner of the election so he got plenty of political jabs in.

He said he actually won the November election by “a landslide” finishing better than he did four years ago.

President Trump also put more pressure on the Vice President on Wednesday when the electoral count is supposed to be finalized on Wednesday.

Vice President Pence must declare the results of the count.

And Trump backers are pushing the idea that he could refuse to affirm Biden as the winner, even though there is no legal power for him to do so.

In Dalton, the President said “I hope that Mike Pence comes through for us. Of course, if he doesn’t come through, I won’t like him so much.”

Trump backers are planning demonstrations all over the country on Wednesday, and the President says he will speak publicly again at the protest in Washington D.C.

By then, we should know if Republicans hold their Senate majority with a win be either or both of Loeffler and Perdue on Tuesday.

While the President spent most of his 80-minute speech talking about his own election, supporters we talked to think his visit will help Georgia Republicans. 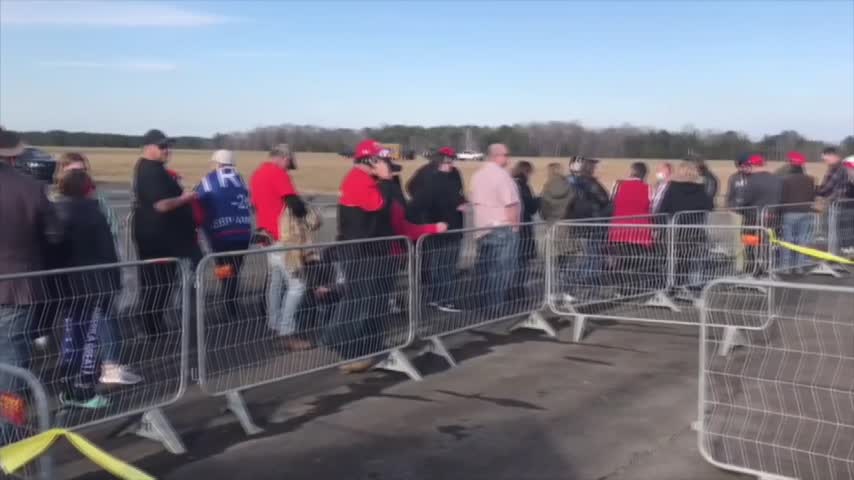 Shelley Villareal came from Texas to hear the President.

“Certainly it will add to the popularity. Hopefully sway a vote or two that will clinch this race tomorrow.”

The polls are open in Georgia on Tuesday from 7-7.

More to the story with Staley: Speak like a king