Pro Wrestler Dusty Rhodes Dies At The Age of 63

He died on Thursday at the age of 69.

He was born Virgil Runnels in Austin, Texas.

But he wrestled as Dusty Rhodes, the American Dream, in a four decade career that included several bouts here in Chattanooga, including here at the WDEF News studio.

His signature move was the Bionic elbow.

According to the WWE.com, Rhodes was a former NWA World Champion; NWA World Tag Team Champion; United States Champion; NWA Television Champion and was inducted in the WWE Hall of Fame in 2007.

He joined the National Wrestling Alliance in 1974, and became a three-time champion.

In the ’80’s, Rhodes moved onto World Championship wrestling and switched to the WWF in 1989.

Rhodes also worked for Total Nonstop Action Wrestling from 2003-05, before ultimately returning to the WWE in 2005.

Rhodes was inducted into the WWE, WCW, and Professional Wrestling hall of fames.

“Runnels became a hero to fans around the world thanks to his work ethic, his impassioned interviews and his indomitable spirit,” WWE said in a statement. “Moreover, Runnels was a dedicated father to WWE Superstars Goldust (Dustin Runnels) and Stardust (Cody Runnels), a caring husband and a creative visionary who helped shape the landscape of WWE long after his in-ring career had ended.” 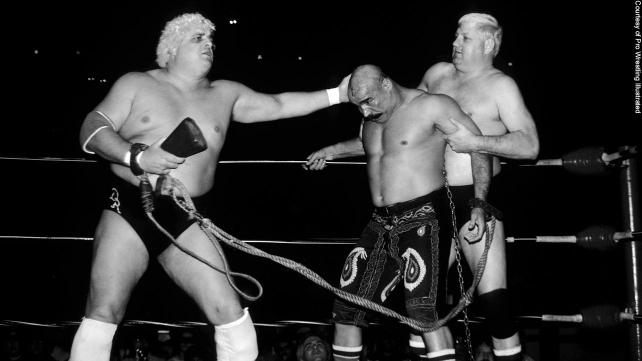