They say his victim’s vehicle broke down at a convenience store in Chattooga County.

She is not from here and didn’t know anyone in the area.

So she took him up on his offer to fix the car.

She told investigators that he took her to his home and her forced her to take pills.

The victim had no idea how long he held her captive.

Then this morning, he allowed her to go outside, and she ran to a neighbor for help.

Presley fled the scene but was captured Thursday afternoon in LaFayette.

Local police took him into custody without incident.

He is a registered sex offender in Chattooga County for the rape of a minor he committed in Texas. 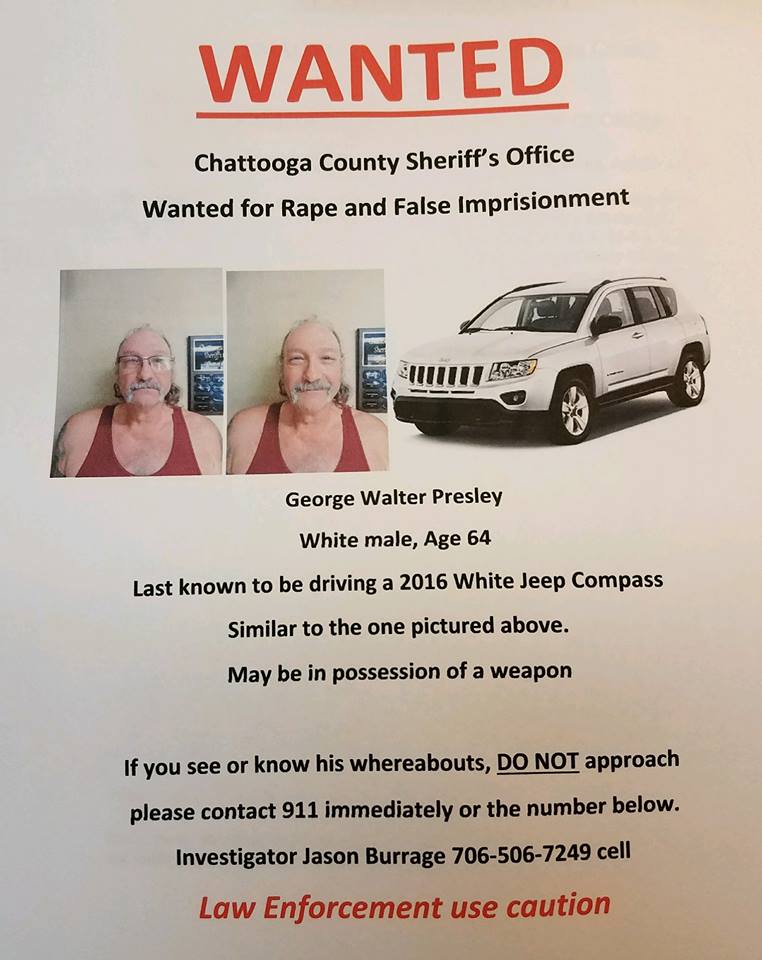