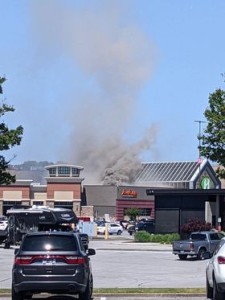 The Chattanooga Fire Department now says they believe the fire was caused by welding work and grease accumulation.

CHATTANOOGA (WDEF) – This hasn’t been a good month for the Red Robin restaurant at Hamilton Place Mall.

On April 22 they had a fire that shut the restaurant down.

Crews were working on repairs today so they could reopen, when a second fire broke out.

Chattanooga firefighters say you could see the flames and smoke coming from the roof when they got there just after noon.

Employees were on the roof trying to put it out with extinguishers.

Firefighters took over an quickly go it out.

The cause of the latest fire is under investigation.

The first one happened in the early morning hours on a Friday on April 22nd.

That fire started on the grill, burned an interior wall and went up an exhaust vent to the roof. 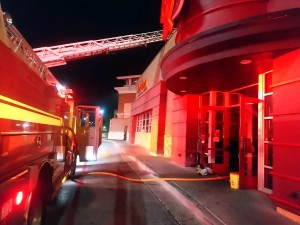 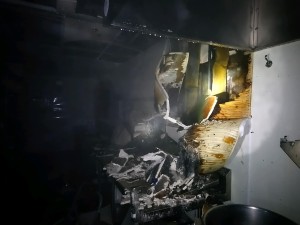