But it is a key Republican leader who is getting all the attention tonight. 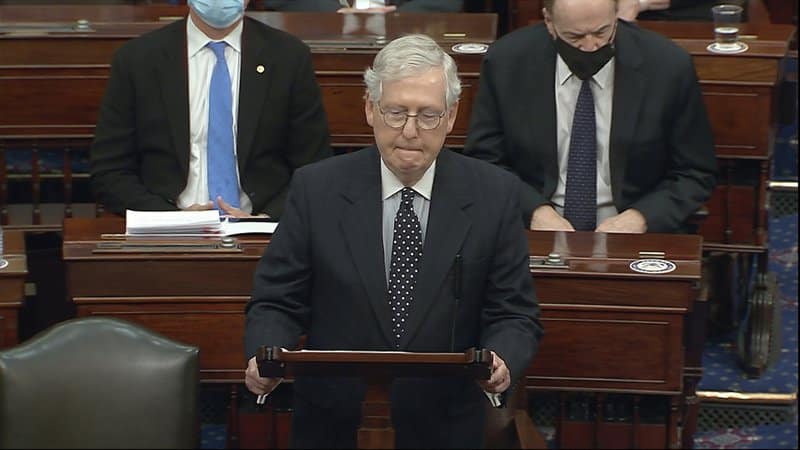 Without mentioning Rep. Taylor by name, Senate leader Mitch McConnell called her conspiracy theories a “cancer for the Republican Party.”

He listed three of what he calls her “loony lies” tonight in a statement to The Hill.

— no evidence that a plane hit the Pentagon on 9/11

— The Clintons were behind JFK Jr.’s fatal plane crash

It didn’t take long for Green to respond on Twitter.

McConnell’s attack follows a day in which House Democrats continued their campaign against her.

House Majority Leader Steny Hoyer delivered an ultimatum to the House Republican leader on Monday that they should strip her of her committee assignments in the next 3 days or they will bring it to the house floor.

Kevin McCarthy plans to meet with Rep. Greene this week, but Republicans say it is highly unlikely that he would take any action against her.