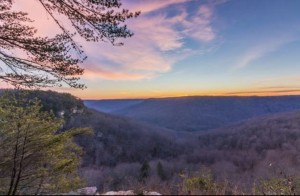 Land belonging to that natural area along with portions of South Cumberland State Park will become part of the new Savage Gulf State Park. Governor Bill Lee and Commissioner David Salyers of the Tennessee Department of Environment and Conservation announced the move today.

As part of the transition, there will be a new visitors center, RV campground, and other new infrastructure to support facilities. The Tennessee General Assembly is providing $30,380,000 for these upgrades.