UPDATE: The TBI has found the vehicle and people they wanted to talk to about this case in North Carolina.  But Evelyn has not been found.  She is still missing. Authorities are not identifying who the people in the vehicle are.

UPDATE: WJHL in Johnson City interviewed the child’s grandfather tonight. He says he is the one who first called DCS “to get this started.” He says he doesn’t know what happened, but hasn’t seen Evelyn since Thanksgiving.  The child’s mother, Megan Boswell, was confronted by news crews leaving court this morning, but had no comment on what is going on. The Sheriff says the last confirmed siting of the little girl was by a babysitter on December 10th.

They are still looking for 15 month old Evelyn Mae Boswell.

She was last seen back in December, but authorities only became aware of her disappearance this week.

They are looking for individuals who may be driving a BMW with a Tennessee tag 3M9-6W9 and may know something about where she is. 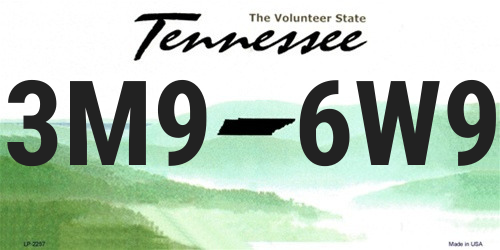 The little girl was last seen the day after Christmas.

But her mother didn’t report her missing until February 18th.

Her father is serving in the military in Louisiana.

The Sheriff says both of them are cooperating with investigators, but the mother’s story has been changing.

Sheriff Jeff Cassidy says this case is unlike any other he has been involved with.

He has personally donated $1000 to the reward for her return.

“Finding Evelyn is our main concern and our top priority at this time.” 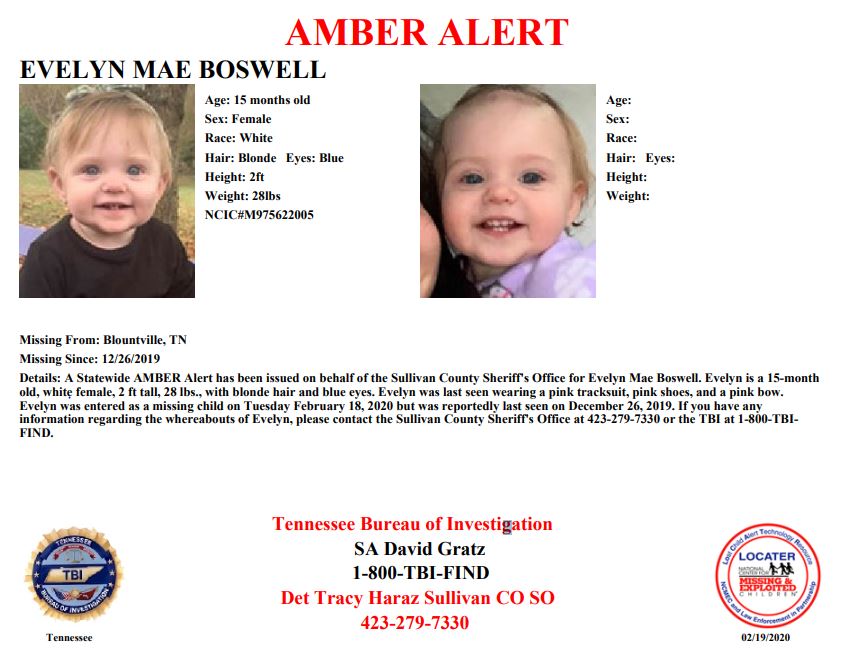