While evacuating kids, they found evidence he had been drinking on the job

CLEVELAND, Tennessee (WDEF) – No children were hurt in a fire today at a Cleveland Daycare, but the story has still taken a turn.

The fire happened at Little Lambs Daycare before noon.

While first responders were evacuating the children from the building, they noticed open beer containers inside.

They say they learned that one of the daycare workers was under the influence of alcohol.

They have charged him with 27 counts of Child Neglect.

The cause of the fire is unknown at this time. 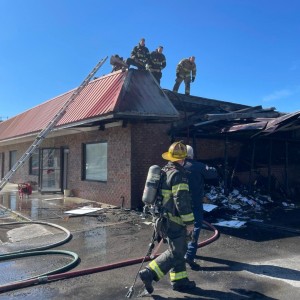