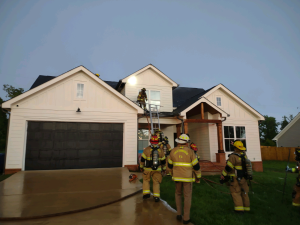 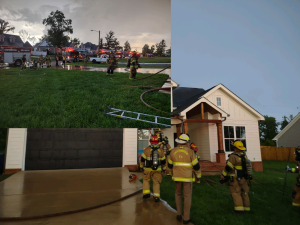 CHATTANOOGA (WDEF) – The Chattanooga Fire Department says it is dealing with several calls of wires down and flooding due to the rain in the area.

One viewer called in saying several parts of East Brainerd have water along the street due to sewer backups.

The fire department says the heavy rain may have caused two house fires due to lightning strikes.

The first call came just after 7:30 this evening in the 4000 block of Caine Lane.

Firefighters were able to locate the blaze in a crawl space and quickly extinguish it.

No injuries were reported at that scene.

Less than ten minutes after that, the fire department got a call about a house fire in the 2200 block of Tristram Road.

A neighbor called 911, and fortunately, no one was home at the time.

The fire was found in the attic of the newly constructed home.

And a dog was rescued from the property.

No one was injured.