NEW YORK (WDEF) – The U.S. Supreme Court on Thursday struck down a New York state law that restricted who could get a gun carry permit.

It said residents must show proper cause or an actual need to carry a concealed handgun in public.

But the justices said the law conflicts with the Second Amendment’s right to bear arms “by preventing law-abiding citizens with ordinary self-defense needs from exercising their right to keep and bear arms in public.”

New York officials insist the ruling does not immediately force any changes.

The say the law will now go to a lower court to iron out the provisions for qualifying for a permit.

But New York Democrats say they will save as many gun restrictions as they can following the ruling.

They say they will detail the “sensitive locations” where people cannot carry.

Tennessee is one of 25 states that filed an amicus brief supporting the New York State Rifle & Pistol Association in the case. 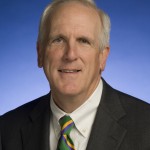 “I commend the U.S. Supreme Court for recognizing the Constitutional right to bear arms in public for self-defense is not a ‘second-class’ right. Law-abiding Tennesseans can be assured they have a right to carry a handgun for self-defense outside their homes.”