Suspect arrested in hit-and-run of girl, 9, playing in her yard

Police say he’ll be charged with hit-and-run, serious injury by vehicle, reckless driving, failure to maintain lane and a stop sign violation. They didn’t say how they tracked him down.

LaDerihanna Holmes is still in the hospital, but her family says she’s doing well given the circumstances.

The Atlanta Journal-Constitution says the suspect was identified as Gabriel Fordham, 28. The newspaper reports his lawyer, Ryan Williams, asserts Fordham is a victim as well. Williams said Fordham was fighting off an attempted carjacking and lost control of the car. The would-be carjacker fled right away, Williams said, and his client ran from the scene when Holmes family members began confronting him. 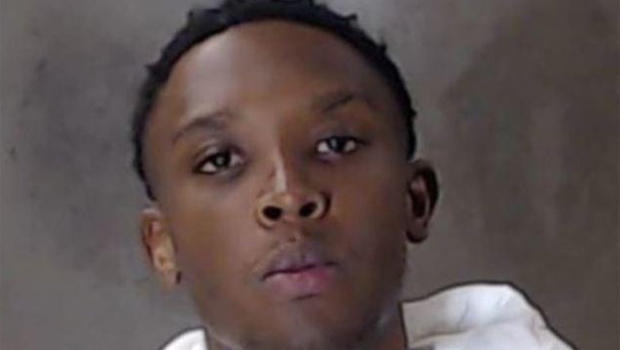 According to WGCL, Dekalb County Police said they responded Friday evening to a hit-and-run in Lithonia, about 20 miles east of Atlanta.

Family members said Holmes was playing outside with a friend when a car came barreling down the street before striking the child, leaving her pinned between the car and their house.

The driver and his passenger took off.

“It was cold. It was very cold,” Holmes’ mother, Charlette Bolton, said of the men who hit her daughter then ran away. 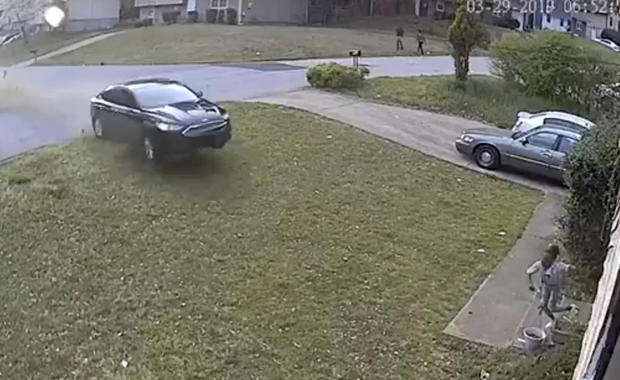 Video frame grab made available by attorney Chris Stewart shows a speeding car out of control before it hits LaDerihanna Holmes, 9, as she played in her front yard on March 29, 2019 in Lithonia, Ga. AP

“They not once, looked down at my baby,” Bolton said with disgust.

The video shows a 2017 Ford Fusion going straight through a stop sign and hitting LaDerihanna.

Holmes’ family said she’s a princess, the baby of the family with five older brothers. They said she’s a good student, she’s in 4th grade and loves to cheer and dance.

“It hit her head on, and it didn’t just hit her, it knocked her through a brick wall into their house,” said L. Chris Stewart, the family’s attorney.

“We heard a deafening sound,” Bolton said. “I ran outside, and they were screaming for me to get my baby.”

Chaos ensued as family members and neighbors rushed to her side.

“The passenger jumped out immediately and ran,” added Bolton, “LaDerihanna was laying (seemingly) lifeless on the ground.”

Holmes’ father, Derryl, picked her up, put her in his car and drove her to the hospital.

“I laid her head on my leg, and I put my hand on her chest, and I drove with one hand and made sure she had a heartbeat the whole way there,” Derryl said.

Holmes has a severely fractured skull, a broken pelvic bone in three places, lacerations to her back and the back of her head, and a leaking heart valve.

“She’s going to have to learn how to walk again,” said Bolton.