Cleveland city schools issue statement saying they have suspended him

CLEVELAND, Tennessee (WDEF) – Police in Cleveland have charged a Middle School teacher after finding a recording device in the girls’ locker room at a local school.

A student at Cleveland Middle School discovered the electronic device on Tuesday.

He has been charged with Attempted Aggravated Unlawful Photography of a minor.

Schroll is an 8th grade science teacher hired in 2018.

The police department said in a release “We commend Cleveland Middle School staff for their immediate action in the handling of this situation, placing priority on the safety and well-being of the students. We also appreciate the partnership in working hand in hand with our agency to identify the person responsible.” 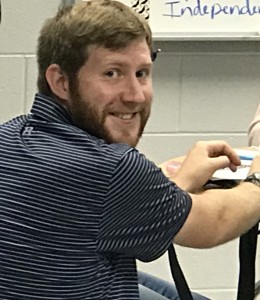 “At Cleveland City Schools, our highest priority is the education, well-being, and protection of our students.

Recently, there have been allegations of misconduct against one of our employees. We responded immediately by removing that employee from the classroom and the employee is suspended from employment with the school district. We are currently working with local
authorities on this matter.