KNOXVILLE, Tenn. – A Roman Catholic Diocese in Tennessee has settled a lawsuit out of court with a man who alleged two priests sexually abused him as a child.

The Knoxville News Sentinel reports that terms of the settlement were not disclosed by the Knoxville diocese.

Attorneys for the man filed the lawsuit in July in Knox County Circuit Court.

It alleged the sexual abuse occurred in the 1990s.

The priests named in the lawsuit are dead.

(Copyright 2020 The Associated Press. All rights reserved. This material may not be published, broadcast, rewritten or redistributed.)

Here is a statement on the settlement from the Diocese of Knoxville: 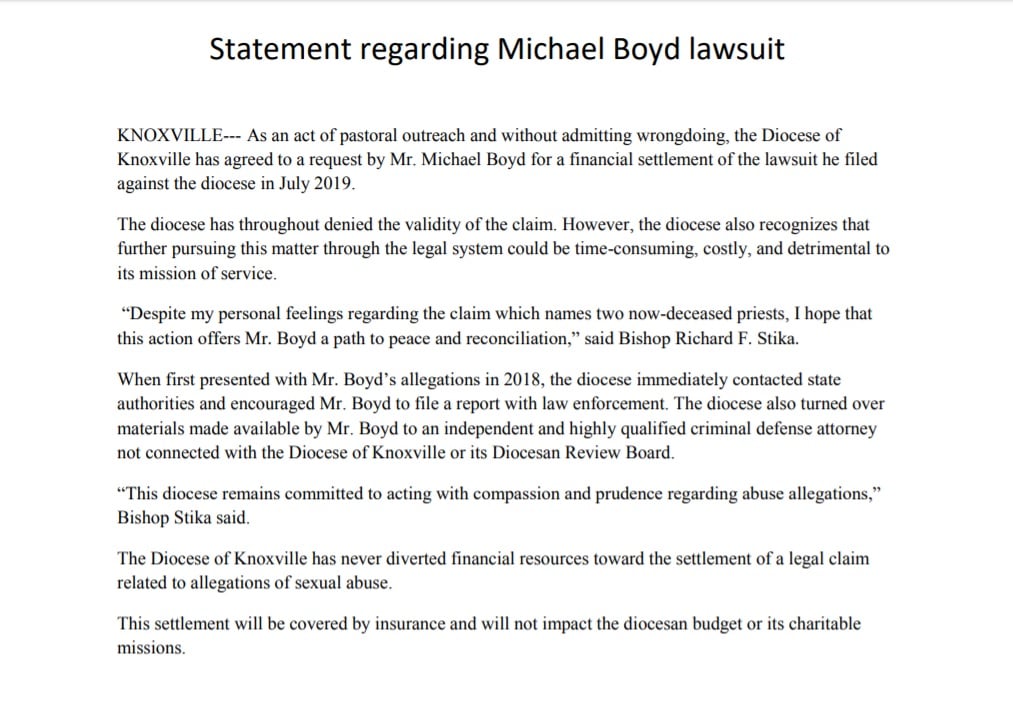