The connection between busy hands and brain chemistry

“Admiring your own handiwork” is a familiar expression containing an important truth about the mind. We handed this particular story to our Tony Dokoupil (Originally broadcast on March 18, 2018):

Are you the kind of person who actually likes washing dishes? How about folding laundry? Yardwork?

What all these have in common, of course, is they occupy our hands. And as it turns out, some researchers think that may be key to making our brains very happy.

Which is why, Lambert said, in the 19th century doctors used to prescribe knitting to women who were overwrought with anxiety, “because they sensed that it calmed them down some. And it sounds, ‘Oh, that’s simplistic.’ But when you think about, OK, repetitive movement is increasing certain neurochemicals. And then if you produce something – a hat or a scarf – there’s the reward.”

Knitting as a relaxant.

Of course, working with your hands is not always easy, as Matthew Crawford, a part-time mechanic from Richmond, Virginia, can attest.

“Yeah, there usually is,” Crawford said. 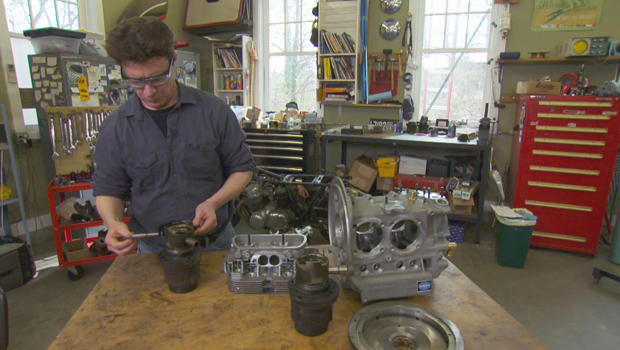 He prefers some nicks and cuts to what he used to do, as executive director of a think tank in Washington, D.C.

And what did his hands look like then? “Probably not. They were pretty clean,” he laughed. “But I was always sleepy. There was no amount of coffee that could keep me awake.”

In the garage, using his hands, Crawford finds that his mind goes into high gear. “There are times when I crack some nut that way where I’ll, like, run over and kick the garbage can just out of elation,” he smiled. 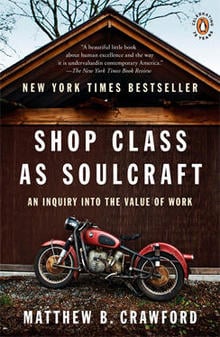 It was such a revelation, he wrote a bestselling book on the subject – “Shop Class as Soulcraft: An Inquiry Into the Value of Work” (Penguin) – which taps into the same attraction that makes reality shows like “Forged in Fire,” “Top Chef,” and “Project Runway” so popular. They all glorify handiwork.

Lambert said, “If you’re making something and painting or cooking and putting things together, and you’re using both hands in a little bit more creative way, that’s going to be more engaging for the brain.”

It’s something a lot of us crave – especially now, as fewer of us do much at all with our hands.

And that has Kelly Lambert concerned: “We just sit there. And we press buttons. And you start to lose a sense of control over your environment.”

She’s been using rodents to study the hand-brain connection. Lambert said that rats made to dig for a reward showed greater signs of mental health, when compared to what she calls her “trust fund rats,” who got a pass on doing any physical work. 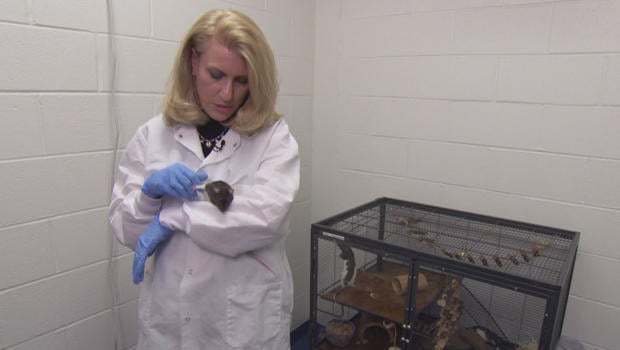 “So, when we took an animal that was really in tune with the environment and we just gave them their rewards, without having to work for them, their stress hormones went up high – they lost all their benefits,” she said.

Dokoupil asked, “So, we’ve turned ourselves into trust fund rats, is what you’re saying?”

Few of us are as in touch with our hands as Zaria Forman. In her Brooklyn studio, she creates stunningly  realistic portraits of icebergs, all with the tips of her fingers. 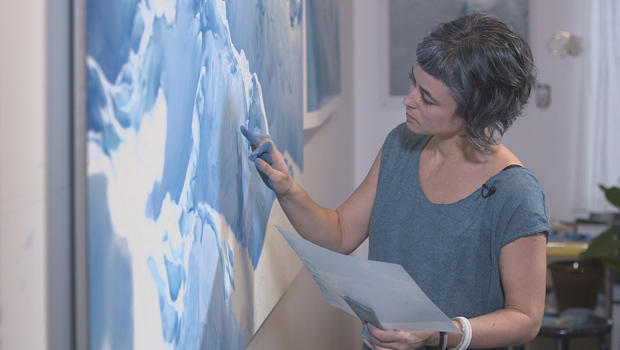 “I always just started using my hands from an early age,” she said. “I think there’s something very personal about feeling the pigment myself with my hands and moving it around. And in a way, that imbues a part of me, as the artist, into each piece I make.”

It was hard for Dokoupil not to try his hand at it.  And while what he made wasn’t much more than a smudge, what he felt while doing it was something his brain surely appreciated. 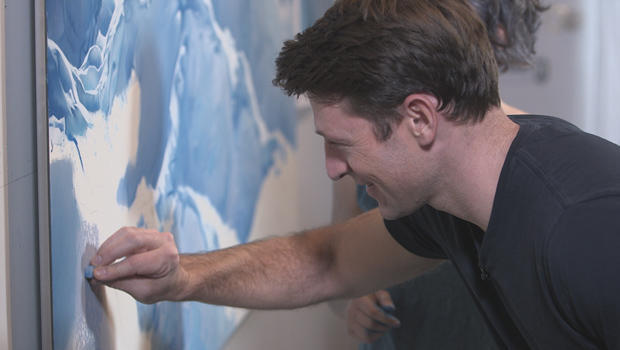