CHATTANOOGA (WDEF) – As expected, Chattanooga’s Mayoral race is heading for a runoff on April 13th.

But the final vote was razor thin on Tuesday.

Tim Kelly held on for a narrow lead over Kim White. 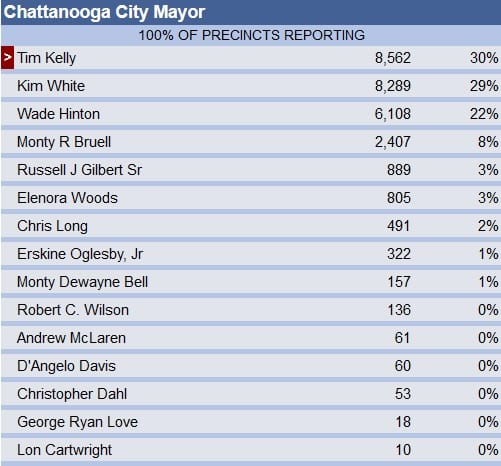 Six of nine city council members will be returning.

Russell Gilbert Sr. and Erskine Oglesby, Jr. gave up their seats to run for mayor, unsuccessfully.

Both of their districts are heading for a runoff.

In other watched races, Councilman Anthony Byrd defeated community activist and protester Marie Mott by 1023 to 650.