NASHVILLE (WDEF) – Governor Bill Lee along with the head of TEMA and the Mayor Cooper of Nashville offered an update on the tornado damage in Tennessee.

The death toll has now risen to 25 people.

Most of them are in Putnam County (19 deaths) in Cookeville.

Right now, 30 Tennessee National Guardsmen are searching through the devastation there looking for survivors.

Another 30 guardsmen are on the way.

The National Guard has more relief crews standing by in West Tennessee and Knoxville, waiting to see where they are needed.

But the officials are overwhelmed by the public support for tornado victims.

The Hands on Nashville website has enlisted 5,000 volunteers to help however they can.

And that is despite the site crashing three times during the day under the demand.

27 companies have also signed up to provide free services.

After touring devastated neighborhoods this morning, Gov. Lee says “In the worst of circumstances, the best of people come out.”

The city of Lebanon has organized a volunteer event tomorrow morning for anyone who is willing to show up with shovels in hand.

The fatalities in Lebanon include a couple in their 80s who were killed in the storm, and an aide worker who was killed when a wall collapsed on her during the tornado.

Mayor Ashe concluded his late briefing by saying “Tomorrow will be another day where you can help a neighbor.  Go find them.” 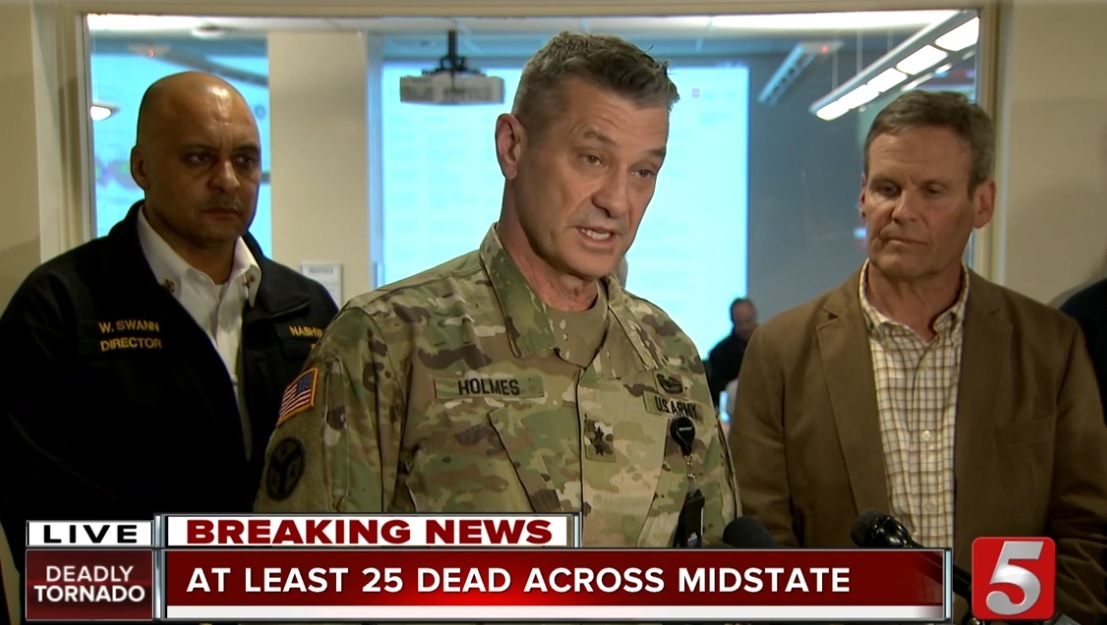