Speaking in televised remarks from Istanbul late Sunday, 64-year-old Erdogan said “the nation has entrusted to me the responsibility of the presidency and the executive duty.”

But the leading opposition party said it believes the results for the presidential elections are incomplete and may go to a second round. Moments before Erdogan claimed victory, spokesman Bulent Tezcan of the Republican People’s Party slammed Turkey’s state-run news agency for reporting that Erdogan has won enough to avoid a run-off and accused the agency of distorting the results. 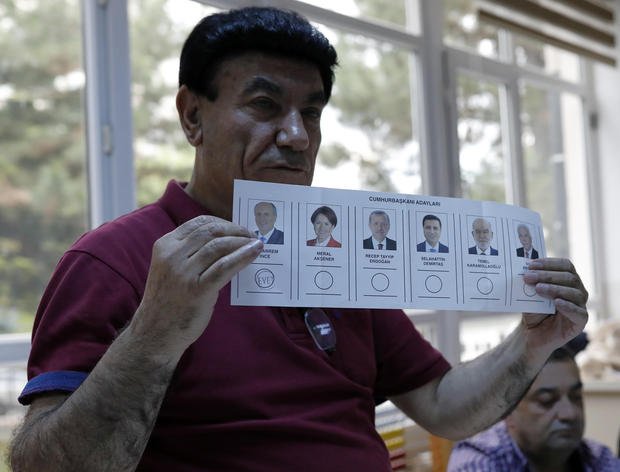 A vote for Muharrem Ince, the candidate of Turkey’s main opposition Republican People’s Party, is counted at a polling station in Ankara, Turkey, Sunday, June 24, 2018.

“There is a high probability the presidential election will go to a second round,” Tezcan said. State-run Anadolu news agency had Erdogan leading the race with 52.63 percent, more than the 50 percent required to avoid a second round on July 8.

Erdogan also declared victory for the People’s Alliance, an electoral cooperation between his ruling Justice and Development Party and the small Nationalist Movement Party, saying they had a “parliamentary majority” in the 600-member assembly.