JACKSONVILLE, Florida (WDEF) – Cohutta Police say that the carjacking suspect of an Uber driver has been arrested in Florida.

They say Chris Miller has been arrested in Jacksonville, with firearms.

Police have been looking for him since his Uber driver jumped out of a moving vehicle in northwest Georgia on Friday afternoon. 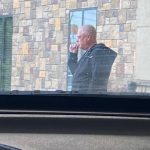 She was taking him from Nashville to the Cleveland area, but she says he pulled a weapon on her.

They were heading south from Cleveland toward Dalton when she jumped.

The rider kept going in the Ford Explorer toward Dalton.

Police have located the stolen vehicle back in Cleveland, where Miller is from.

The driver is from Nashville.

She shared with us some graphic photos of the injuries she received. 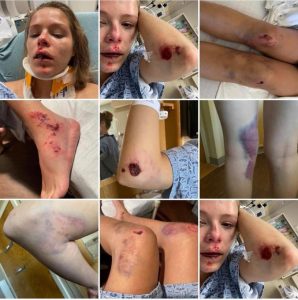