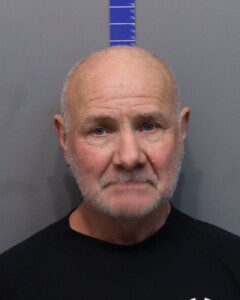 HAMILTON COUNTY, Tenn. (WDEF) — The man who stole a car with a sleeping child in the backseat Monday has been arrested by Chattanooga police. An affidavit from Hamilton County states that Harold R. Green of Cleveland is being charged with kidnapping and two counts of property theft over $5,000.

Green stole a Toyota on Monday which had a little girl sleeping in the backseat. He later wrecked and fled on foot. The girl was safe and returned to her family.

CPD officers conducted a traffic stop Tuesday around 3 a.m. on South Holtzclaw Avenue, which is close to the Chattanooga National Cemetery. Police say they found Green and two others in a red GMC that had been stolen.

The affidavit states that Green was caught on camera stealing the GMC.

Police say Green admitted to stealing both vehicles, but stated he did not know there was a child in the backseat of the Toyota. He told police he stole the Toyota because he needed to get to Collegedale. Green stated that he fell asleep while driving, which caused him to rear-end another vehicle on I-75 Monday.

After stealing the second vehicle, Green told police that he met with two others at a restaurant in Chattanooga. At the time of Green’s arrest, there was another man and a woman in the vehicle. Green said the other man was driving the vehicle, because he was afraid of falling asleep again.

Green also told police that they were considering trading the GMC for crack cocaine.