CHATTANOOGA (WDEF) – The Giving Pledge has landed a windfall for a local organization.

Philanthropist MacKenzie Scott took the pledge for billionaires to give most of their wealth away to good causes.

As part of that pledge, he has given $2.4 million to the Urban League of Greater Chattanooga.

That’s the largest gift they have ever gotten.

The organization plans to use the money towards their goal of advancing racial, social and economic equity in our community.

“For decades our leadership, board, staff and volunteers have worked tirelessly, often with limited resources to help make a positive impact on thousands of residents representing communities of color and disadvantaged persons,” said ULGC Board chair, Allen Clare. “This gift will give us the leverage we need to sustain our critical work longer term.” 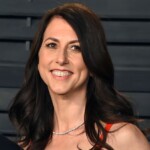 MacKenzie Scott is an author from San Francisco.

She was married to Jeff Bezos and made her money as an early investor in Amazon.

Scott was the third weathiest woman in the world when she signed The Giving Pledge.

“By placing racial equity and social justice at the forefront of Ms. Scott’s philanthropic agenda, we believe her gift will continue to shine a light on the nation’s structural and institutional barriers for people of color,” said ULGC president and CEO, Candy Johnson.

“In addition, it will also help us to accelerate our efforts at the local level as we work to create a more equitable and inclusive Chattanooga.”