For the first time, we’re hearing from an American graduate student who was arrested in Vietnam last week. New video appears to show William Nguyen saying he regrets breaking the law. The 32-year-old was beaten and dragged through a street before he was detained during demonstrations against Vietnam leasing land to China.

Nguyen, a second-generation Vietnamese-American, attended Yale University and was visiting Vietnam before graduating from the University of Singapore next month, reports CBS News’ Ben Tracy. His sister said their family hasn’t been able to speak to him since his arrest 10 days ago. His bloodied face is seen in a video as police dragged him through a crowd of protesters in Ho Chi Minh City.

“The image that they’re trying to portray is not who he is. Definitely not violent.” Victoria Nguyen, William’s sister said.

“He’s very interested in the development of Vietnamese society,” said Mary Alice Daniel, one of William’s classmates at Yale.

Nguyen was one of thousands of people protesting a controversial proposed law that would allow long-term land leases to China. According to the state-run Vietnam News Agency, he is accused of disturbing public order and was reportedly one of hundreds of people detained.

In a taped video confession, Nguyen appears to say “I understand that my acts violated the law I regret that I caused trouble for people heading to the airport.”

But communist Vietnam has a history of both forced confessions and suppressing free speech. 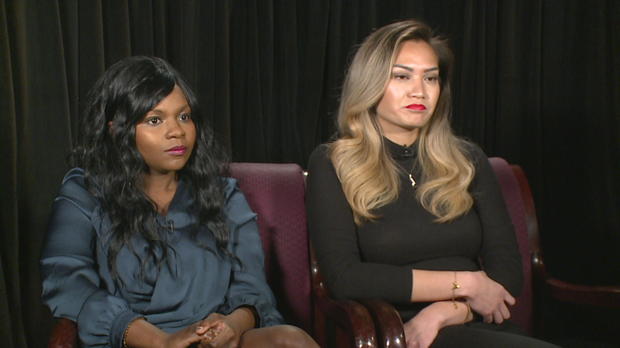 Daniel and Nguyen are now on Capitol Hill fighting for Nguyen’s release. They feel they’ve been doing everything they can.

“And we want their efforts to match ours,” Daniel said of U.S. lawmakers.

At least three Democrats are calling on President Trump to help secure Nguyen’s release. The State Department has not responded to CBS News’ request for comment, but last week a spokesperson told the Washington Post that a consular officer visited Nguyen and said he was in good health.