What you need to know about Trump’s top SCOTUS contenders

President Trump has spoken with candidates to replace retiring Justice Anthony Kennedy, and whoever he ultimately chooses Monday night, it will be a relatively young and conservative nominee.

The president’s top contenders had been Amy Coney Barrett, Brett Kavanaugh and Raymond Kethledge — each has distinct records which Mr. Trump can refer to in weighing his decision. Barrett has the least experience on the bench and has emphasized social issues; Kavanaugh has extensive experience working in D.C. courts and its political scene; and Kethledge has built his conservative judicial credentials in federal court in Michigan, removed from Washington’s politics.

Over the weekend, CBS News chief White House correspondent Major Garrett reports that another candidate is also among the top contenders: Judge Thomas Hardiman, who was the runner-up to Neil Gorsuch for the president’s first Supreme Court nomination, is also high on Mr. Trump’s list, based on conversations with those familiar with the process.

The president updated reporters on the status of his decision as he arrived back at the White House Sunday. “Getting very close, very close,” he said with a wave.

Mr. Trump could still pick a wild card from the original list of 25 contenders his administration released last year. He is expected to make the announcement Monday at 9 p.m. EDT from the White House.

Here’s what you need to know about the top contenders so far:

Hardiman is a judge on the Third Circuit Court of Appeals. Originally from Waltham, Mass., Hardiman attended Notre Dame and Georgetown Law School. He worked in private practice in Pittsburgh, then was a hearing office for the Disciplinary Board of the Supreme Court of Pennsylvania.

Hardiman has an appealing life story — the first person in his family to go to college, he attended the University of Notre Dame as an undergraduate and then later financed his law degree at the Georgetown University by driving a taxi. If confirmed, Hardiman would be the only justice on the court who did not attend Harvard or Yale Law School. (Justice Ruth Bader Ginsburg attended Harvard but obtained her law degree from Columbia. She transferred when her husband was hired by a law firm in New York.)

He became a federal district judge at 37 years of age and was appointed to the 3rd Circuit in 2007. And Hardiman just celebrated his 53rd birthday on July 8.

Hardiman has sided with jails seeking to strip-search inmates arrested for even minor offenses, and he has also supported gun rights. He dissented in a 2013 case that upheld a New Jersey law to strengthen requirements for carrying a handgun in public.

A Massachusetts native, Hardiman settled in Pittsburgh, where his wife comes from a family of prominent Democrats. In 2017 SCOTUSBlog, the Supreme Court’s blog, described Hardiman as “a solid, although hardly knee-jerk, conservative” with a consistently conservative voting record. 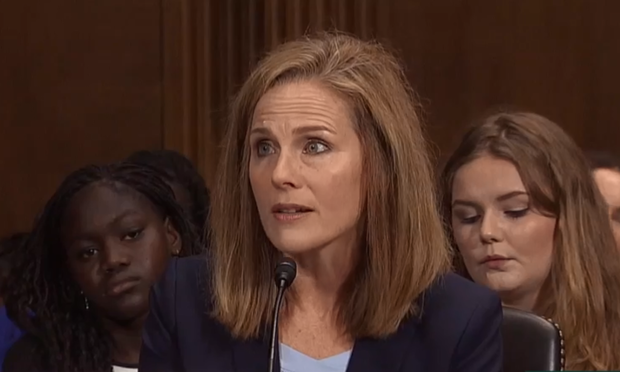 At 46, Barrett is the youngest of the president’s top picks — an advantage for conservatives who want a Trump appointee to serve as long as possible on the land’s highest court. If selected and confirmed, Barrett would be the only conservative female justice. The current female justices on the court have been nominated by Democratic presidents and are considered liberal.

Potentially working against Barrett is her relatively short tenure in federal court. The Notre Dame Law School graduate has only served on the U.S. Court of Appeals for the Seventh Circuit since fall 2017. Because she has served on the bench for such a short period of time, she has few opinions to dissect that could offer insight into her judicial philosophy and predict potential future positions.

Before serving on the Seventh Circuit, Barrett, a mother of seven, was a professor at Notre Dame Law School.

Barrett, a Catholic, is considered reliably socially conservative, and conservatives consider her as someone who will faithfully uphold principles of religious liberty from the bench.

Her faith came under discussion during last year’s nomination hearing process when Sen. Dianne Feinstein, D-California, said “You have a long history of believing that your religious beliefs should prevail,” and, “The dogma lives loudly within you.” 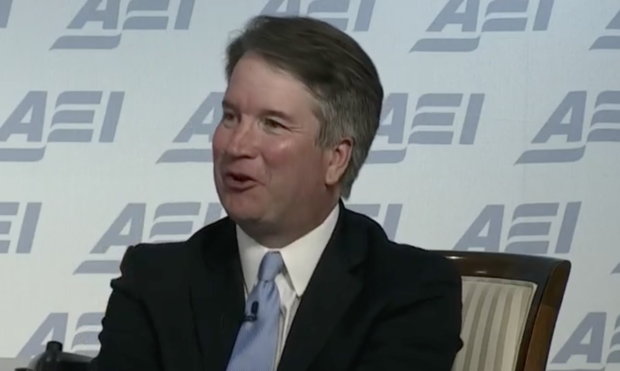 Kavanaugh is still young at 53, but has extensive experience on the bench. The Yale Law School graduate has served as a judge on the U.S. Court of Appeals for the D.C. Circuit since 2006. Through the years, he has issued scores of opinions, dissents and concurrences. He clerked for Kennedy, the man he would be replacing. And he gained attention from his time working for former independent counsel Ken Starr during the investigation into then-President Bill Clinton. He is the only one of the top three with a law degree from an Ivy League school.

Kavanaugh has a track record of siding with religious organizations over governments and other groups that challenge them, a particularly attractive trait to conservatives. In Priests for Life v. HHS, Kavanaugh declared the Obamacare contraceptive mandate violated constitutional rights to religious liberty.

On the issue of abortion — key for many conservatives — Kavanaugh dissented from a recent ruling requiring an undocumented immigrant minor who wanted an abortion to be granted access to one. The D.C. Circuit Court of Appeals overturned the decision by a three-judge panel of the same court that included Kavanaugh.

It’s unclear, however, how much of an emphasis the president will place on abortion rights issues — last week, Mr. Trump said he “probably” wouldn’t bring up Roe v. Wade with candidates.

Given that Kavanaugh’s jurisdiction entails D.C., he’s heard a number of cases related to agencies and administrative law, typically siding against agencies that create significant policy through regulation.

Kavanaugh has also generally sided against the Environmental Protection Agency in cases over its authority to regulate — a boon for an administration that has worked to loosen or eliminate environmental regulations viewed as too burdensome.

In 2016, Kavanaugh authored the majority opinion in PHH Corp v. Consumer Financial Protection Bureau, finding the basic structure of the consumer authority to be unconstitutional. The Trump administration has sought to lessen the CFPB’s authority and decrease its budget. 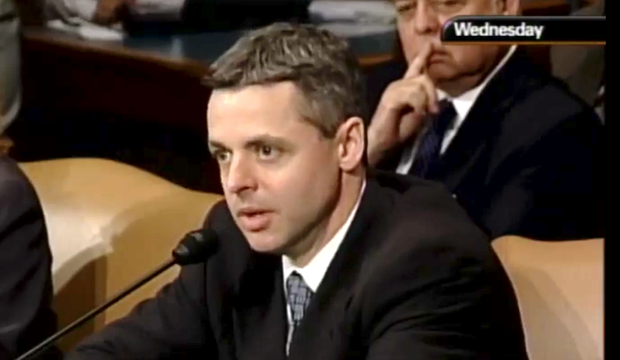 Raymond Kethledge in testimony before the Senate

Kethledge, a graduate of the University of Michigan Law School, is a judge on the U.S. Court of Appeals for the Sixth Circuit in Michigan. Like Kavanaugh, 51-year-old Kethledge clerked for Kennedy.

As Mr. Trump often touts the need to protect the Second Amendment, Kethledge is known for his defense of that amendment. In 2016 in Tyler v. Hillsdale County Sheriff’s Department, for instance, Kethledge joined a concurring opinion holding that a federal statute permanently prohibiting a person who had been involuntarily committed nearly three decades before from owning a gun was unconstitutional.

Kethledge’s job has given him an opportunity to issue opinions on a number of immigration cases, in a time when Mr. Trump’s approach to immigration could very well land more cases in the highest court in the land.

Kethledge has been described as an originalist and a textualist — someone who will stick with the original believed intent of the Constitution, and for laws as written. But asked about his views of the Constitution and how he would describe himself during a Senate confirmation hearing in 2008, Kethledge said he doesn’t really have a label.

“I don’t really have a label that I can put on myself,” Kethledge said at the time. “What I would say is that obviously first and foremost I’d follow Supreme Court precedent. The other thing I would say is that again, I would make sure that the values that I would be enforcing if I were a judge are not just my values. I’m not striking something down simply because I don’t like it. That is a counter-majoritarian aspect of our system of government. I would start with the text.”

Caroline Horn contributed to this report