Winter is returning to the Tennessee Valley once again with some chances for snow from through Friday evening. Showers chances will begin to increase all the way into Friday morning, some heavy at times. Overall, expected to receive around half an inch of rainfall. As temperatures drop Friday morning, there is a chance showers will begin to transition to a rain/snow mix then, snow for higher elevations.

A Winter Storm Warning is in pink for counties in North Georgia including Fannin, Gilmer, and Murray for snow accumulations of 2-4” mainly above *1500ft from 7PM Thurs – 7 AM Fri. A Winter Storm Watch is in light pink for Cherokee, east Polk, east Monroe, and Andrews county for snow totals of 3-6” snow for high elevations and 1-2” in lower. This watch is until Friday evening. Be wary for slippery road conditions and reduced visibility from falling snow. 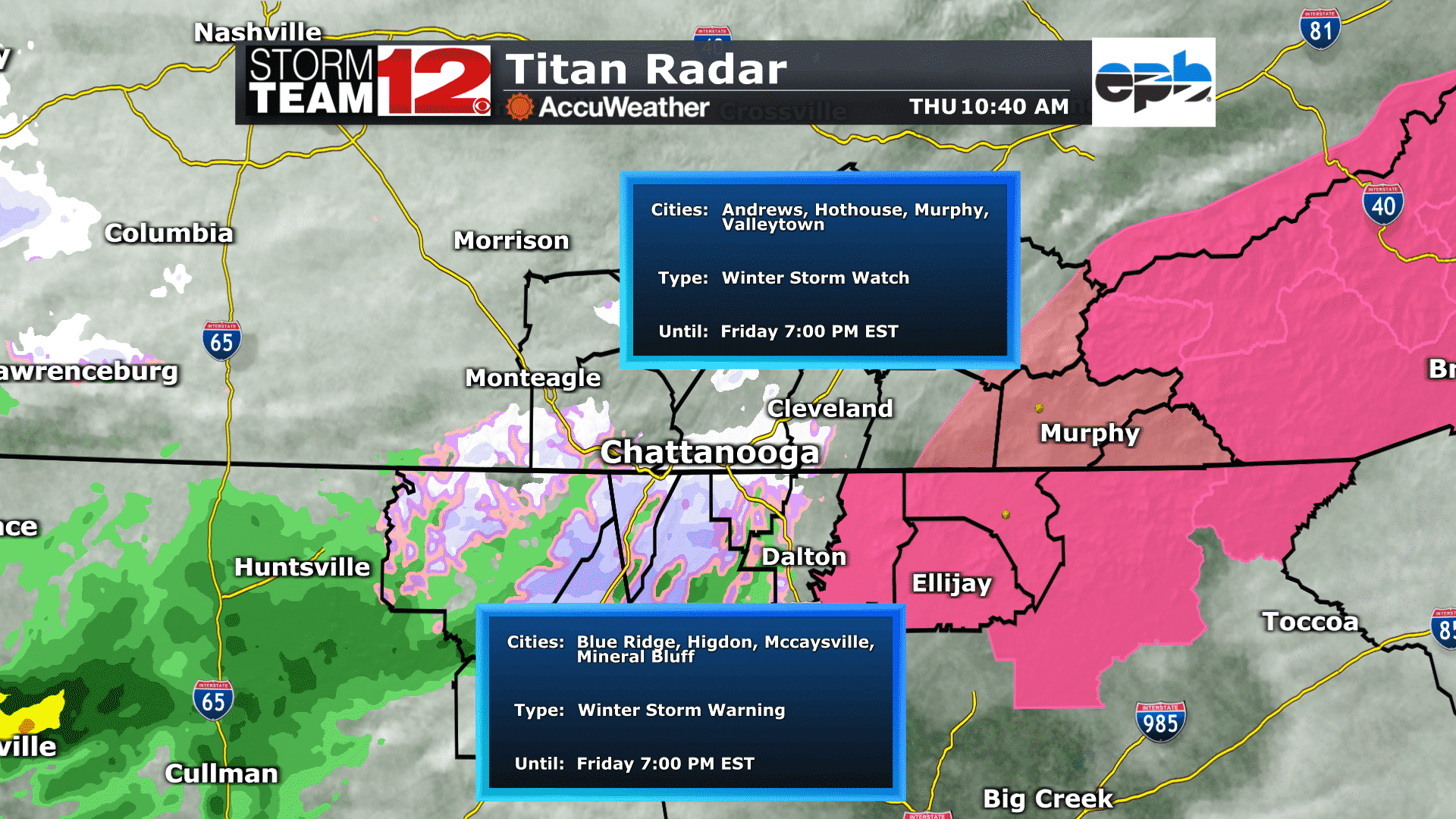 However, there is disagreement on how much snow is expected. The EURO has colder air arriving earlier despite the clouds and moisture, therefore, rain transitioning into snow faster than most of the other models. In addition, the EURO has snow chances for almost the entire viewing area including the valley. 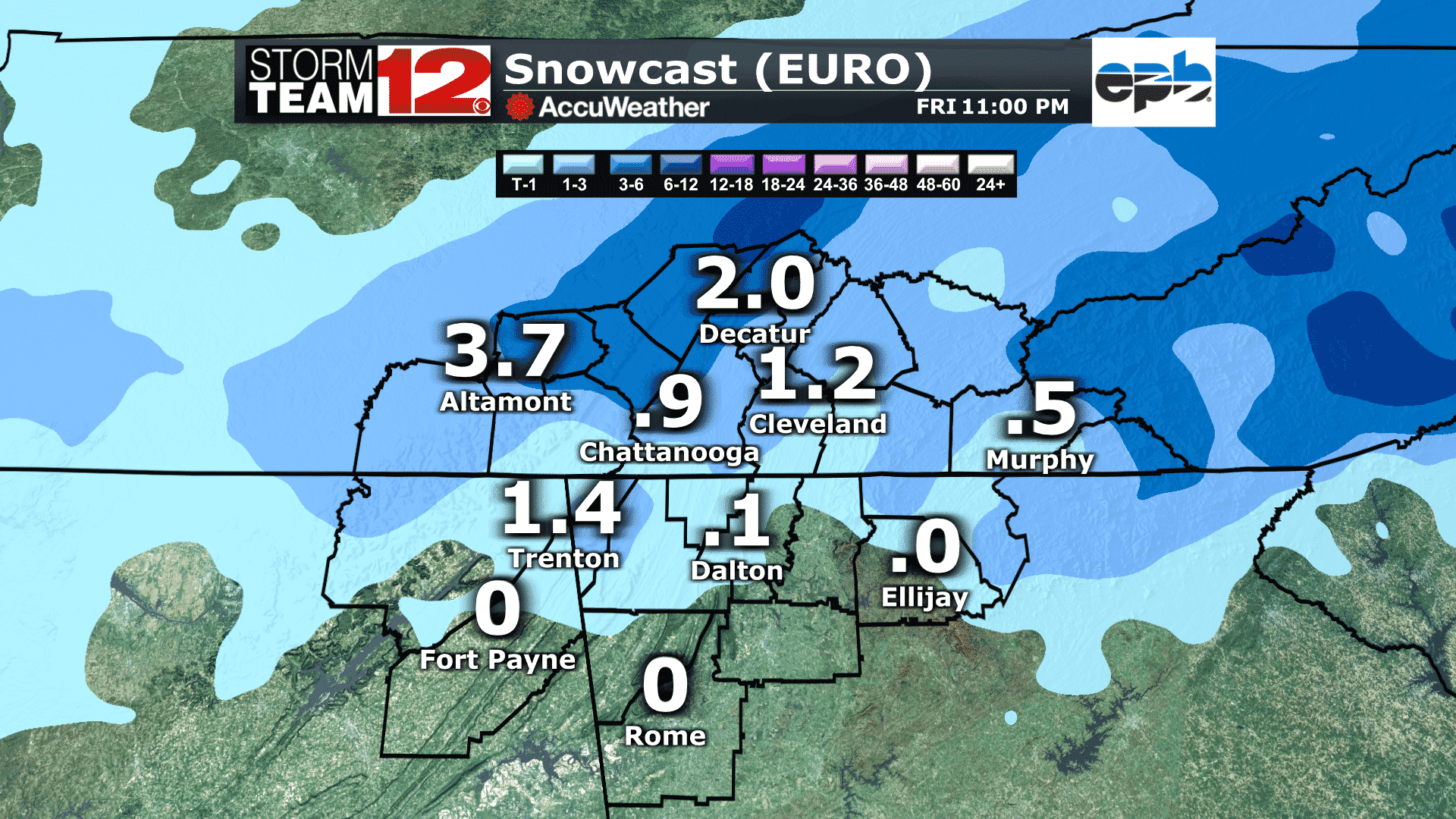 The RPM has temperatures staying more mild because of the clouds and showers, therefore, only higher elevations near the eastern TN mountains seeing accumulations. 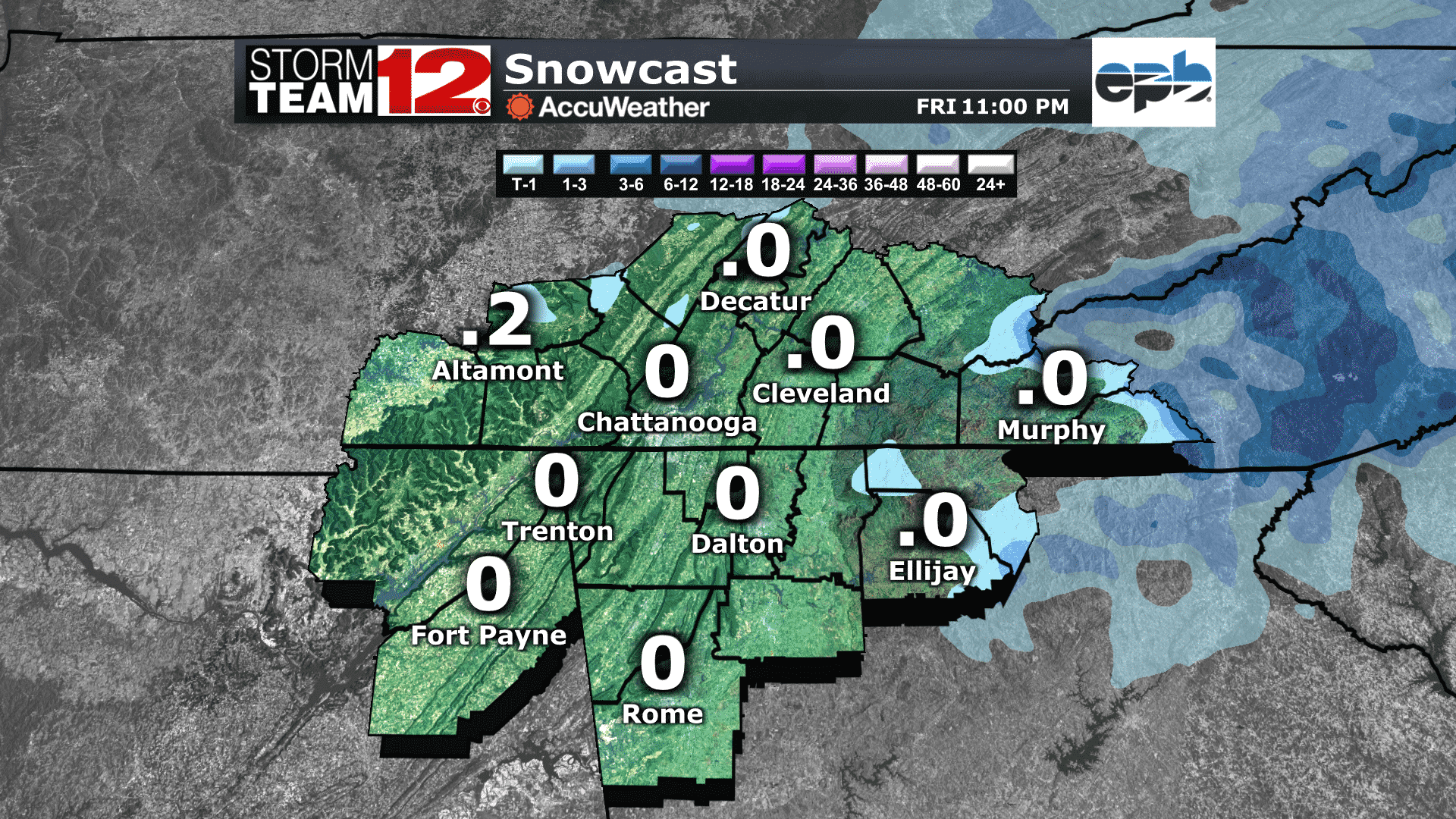