Addy Tritt went into her local Payless shoe store in Hays, Kansas, and bought out the store. Then, the 25 year old donated the shoes.

The recent graduate of Kansas’ Fort Hays State noticed Payless was going out of business and offered to buy the shoes it had left. Tritt said she spent two hours on the phone with the corporate office and was able to negotiate a deal, paying only $100 for 204 pair of shoes valued at around $6,000.

Tritt then gave the shoes to people impacted by the recent Nebraska floods. “I wanted them to go to people who actually needed them,” Tritt told CBS News Tuesday. Of the 204 pair Tritt purchased, 162 were baby shoes, two were men’s shoes and the rest were women’s, according to the The Associated Press. The shoes were part of a flood relief shipment taken to Nebraska farmers by FHSU’s agriculture sorority Sigma Alpha last weekend, the AP said.

“Any shoes are better than wet shoes,” Tritt said, adding that she’s donated and volunteered many other times, and says she wants to continue helping people for the rest of her life.

“If people feel lost, they should try volunteering and donating. It gives me such fulfillment and I want others to feel the way I do,” Tritt said. . 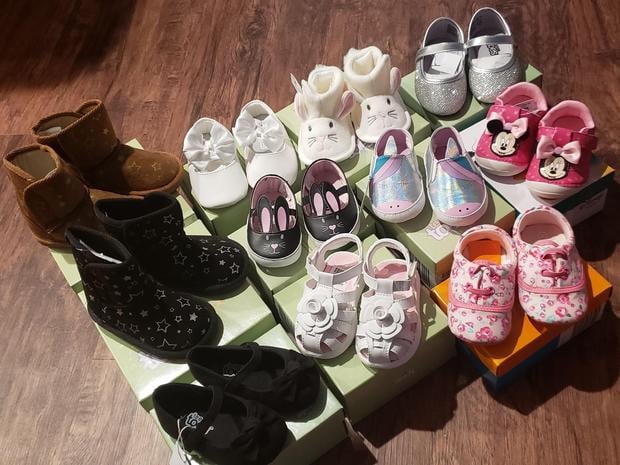 Committed to helping others Tritt was able to negotiate a deal with a closing Payless store, paying $100 for 204 pair of shoes. Addy Tritt

Nebraska Governor Pete Ricketts said farmers are bearing the brunt of “the most widespread destruction we have ever seen in our state’s history.” The floods have been nothing short of catastrophic: At least three people have died, and it’s estimated that farm losses could top $1 billion.