Woman creates dolls for kids with disabilities: “It makes them not feel so alone”

New Berlin, Wis. — Amy Jandrisevits’ dining room has been transformed into her workroom, where she creates dolls by hand that aren’t just play things. They’re partners for the kids who don’t often see themselves represented in the world.

They have limb differences, prosthetic braces and Treacher Collins Syndrome.

“It makes them not feel so alone,” Jandrisevits said. “Their logical brain knows this is just a doll. But the very innocent child part of them still feels like ‘Now I’m not the only one that looks this way.'”

Bella Zizzo, 9, has loved “little Bella” since she was 5. She said she never thought she would find a doll like her.

Jandrisevits was once a social worker and used so-called “play therapy” to help kids through tough times with dolls. In 2014, she started “A Doll Like Me.” It took off on Facebook, and through GoFundMe, strangers can sponsor dolls, which cost $70-$100 to create.

Stacy Cefalu’s son Chase is nonverbal. He loves to smile.

“Just to see his face when we opened it,” Cefalu said.

Jandrisevits is sewing change so kids can play in a world that looks like them.

“We can change the narrative,” Jandrisevits said. “The more we see it and the more we talk about it the more regular it will become.” 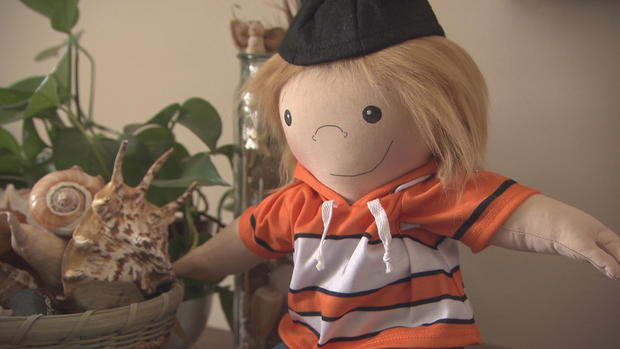