20 new moons were discovered around Saturn

Twenty new moons have been found to be orbiting Saturn — and scientists want the public’s help in naming them, according to a Carnegie Institution for Science news release. The new discovery brings the total moons around the “jewel of our solar system” to 82.

The new moons are each about 3 miles in diameter and 17 orbit Saturn backwards, or in the opposite direction the planet rotates around its own axis, according to the release. This movement is known as a retrograde direction. The three other moons orbit in the prograde  — or the same direction as the planet.

The majority of the moons take over three years to complete an orbit around the gas giant, while two of the prograde moons, which are located closer to the planet, circle around it in just about two years.

“Studying the orbits of these moons can reveal their origins, as well as information about the conditions surrounding Saturn at the time of its formation,” institution’s staff scientist Scott S. Sheppard said, according to the release.

The 20 new moons were seen utilizing the Subaru telescope located on Hawaii’s Mauna Kea by a team led by Sheppard.

“Using some of the largest telescopes in the world, we are now completing the inventory of small moons around the giant planets,” said Sheppard. “They play a crucial role in helping us determine how our Solar System’s planets formed and evolved.”

The planet now has the most moons, surpassing Jupiter’s 79 moons. Sheppard said Jupiter was the planet with most known moons since the late 1990s, according to BBC News. The discovery was revealed Monday by the International Astronomical Union’s Minor Planet Center, reports Carnegie Science.

Fifty-three of Saturn’s moons are confirmed and named, while 29 are awaiting confirmation “of discovery and official naming,” according to NASA.

The institution writes that Saturn’s outer moons “appear to be” grouped in three different “clusters” due to the “inclinations of the angles at which they are orbiting around the planet.” Researchers believe the moons are the fragments of at least three larger ones, which were broken apart by collisions, according to the BBC.

“This kind of grouping of outer moons is also seen around Jupiter, indicating violent collisions occurred between moons in the Saturnian system or with outside objects such as passing asteroids or comets,” said Sheppard.

Sheppard is no stranger to discovering natural satellites — he found 12 new moons orbiting Jupiter in 2018. The Carnegie Institution for Science held a contest to name five of them and are doing the same this year, but for all 20 moons.

“I was so thrilled with the amount of public engagement over the Jupiter moon-naming contest that we’ve decided to do another one to name these newly discovered Saturnian moons,” Sheppard said. “This time, the moons must be named after giants from Norse, Gallic or Inuit mythology.”

The contest launched Monday and ends December 6. Those with ideas are instructed to tweet their suggested name to @SaturnLunacy on Twitter and explain why they chose the moniker. 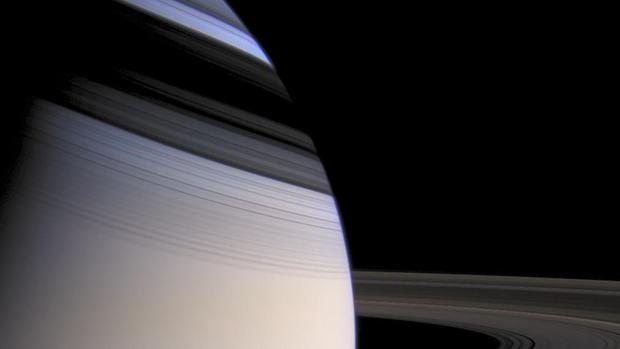