Officers say four males, including two juveniles appeared to be intoxicated in the vehicle.

When they searched the vehicle, they say they found a large amount of marijuana, marijuana edibles packaged as candy, marijuana wax, and drug paraphernalia.

The investigation led them to a house in Fort Payne later in the afternoon.

They say they found more of the marijuana products at the home, plus cash they believe came from drug sales.

The edibles were packaged to play off of popular children’s candy, like Sour Patch Kids and Nerd’s Ropes. 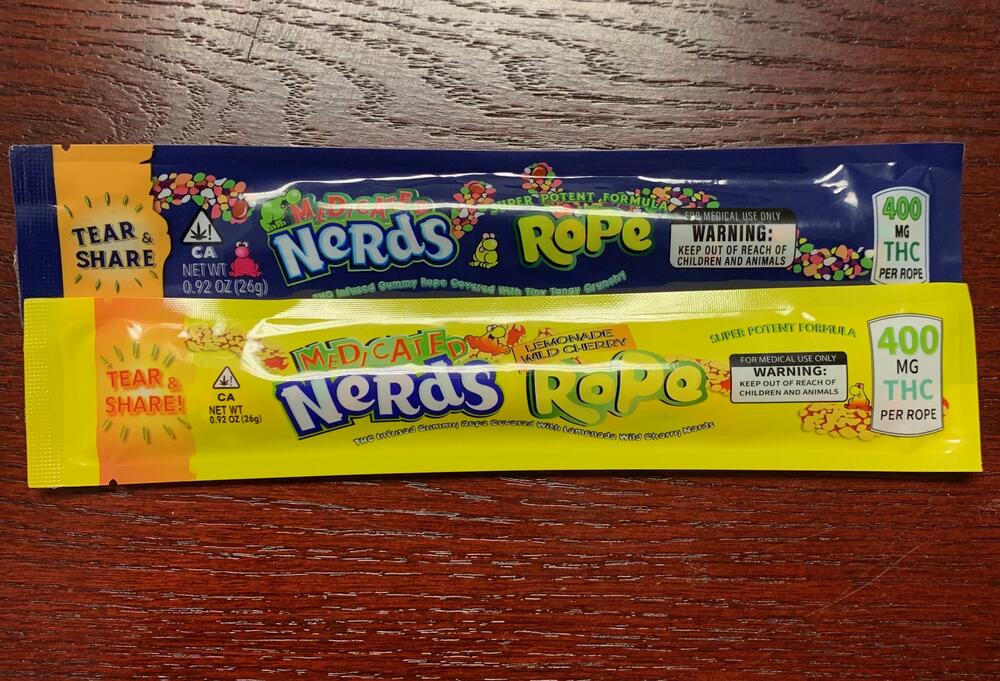 You can buy the products online.

“Stoner Patch Dummies are made with high-quality cannabis and infused with 350mg THC. This medicated treat packs a powerful, long-lasting punch. First, they’re sour; then they’re sweet… then you’re stoned.”

“This was an excellent job by our narcotics team and deputies yesterday! We pursue these cases anywhere in the county, especially when juveniles are involved.”

“Our office has zero tolerance for those that corrupt our youth. These cases must be dealt with swiftly! Our narcotics team did an excellent job of gathering the necessary information and acting on it quickly. I’d also like to remind parents to be vigilant when it comes to candy that their children might have. In the fine print on the packaging, it says that it’s a Cannabis product, but at a glance it would be difficult to tell the difference.”