UPDATE:  Chattanooga Police have released more information on the crash at the time trials for the Chattanooga MotorCar Festival race this morning.

Investigators say the driver of a 1983 Lola was weaving between barriers when “when the vehicle he was driving struck a traffic barrier.”

The barrier then went airborne and hit two volunteers.

One was taken to the hospital and later released.

But the other volunteer, who is 59, suffered critical injuries.

CHATTANOOGA (WDEF) – The time trials of the Chattanooga MotorCar Festival have been shut down after a crash this morning.

Festival officials say a car had a mechanical failure and crashed into a barrier on the course.

Two course workers were injured, one of them seriously.

The Festival issued this statement:

“Our number one priority is ensuring those injured get the medical attention they need, and a member of our staff is at the hospital monitoring the situation.”

“We are deeply saddened by this incident. It is common practice after any incident to do a safety sweep of the course, which could take several hours, and we are working closely with investigators to determine the exact cause. While the time trial course will be shut down until further notice, other festival events will continue as planned. We remain committed to doing everything necessary to ensure the safety of everyone involved in this event and will share more details as we have them.”

Other events of the Festival are going on as scheduled. 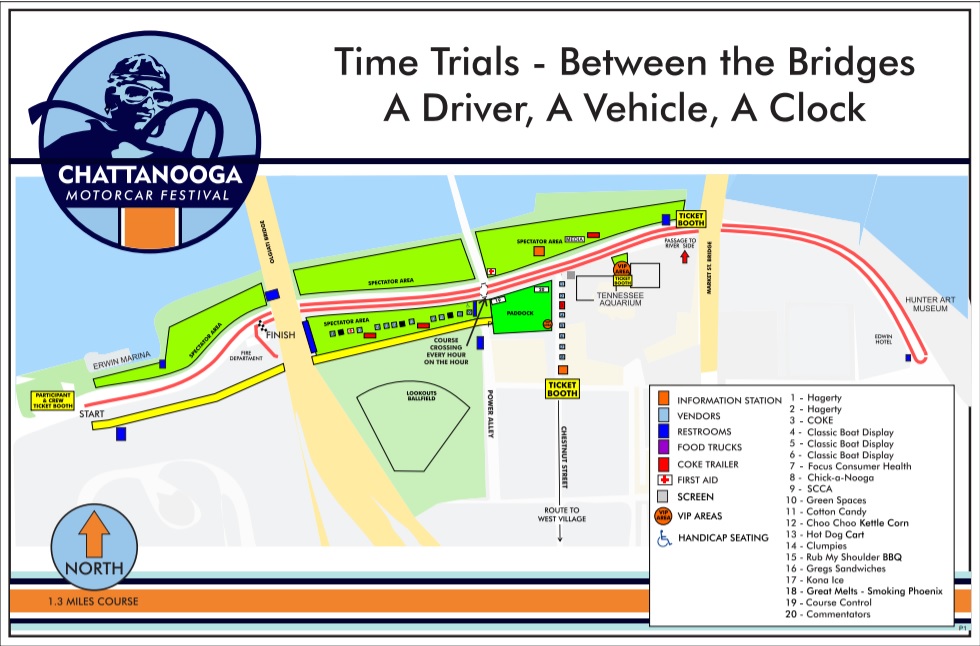