JASPER COUNTY, Miss. (WDEF) –The Jasper County Sheriff believes the body of a double homicide suspect has been found.

According to Sheriff Randy Johnson, a body was found in the Vossburg, Mississippi area. Investigators believe the body is of Casey Lawhorn.

JASPER COUNTY, Mississippi (WDEF) — According to the Jasper County (Mississippi) Sheriff’s Department, Casey Lawhorn’s vehicle has been located along I-59.

BREAKING: Jasper County, MS Sheriff says they’ve located what is believed to be the car of double homicide suspect Casey Lawhorn on I-59 South near exit 118 in Jasper County, Mississippi

However, the Sheriff’s Department says Lawhorn was NOT in the vehicle. Mississippi law enforcement officials are actively looking for Lawhorn in Jasper County.

East Ridge Police say they are aware of a post made to the suspect’s personal Facebook page in which he gives an account of this morning’s events and claims to be broken down somewhere on I-59 in Mississippi.

Police say there are contacting agencies in that region to gain more information.

East Ridge Police will continue to provide updates as the investigation continues.

Police say victims are the suspect’s mother, Vi Lawhorn, and a friend.

According to police, Lawhorn is driving a 2002 Ford Taurus, gold in color, with Tennessee tag number W0327L.

The victims in the double homicide have been identified as the suspect’s mother, Vi Lawhorn and a friend @wdefnews12

According to the Dade County Sheriff’s Office, a vehicle was seen at a gas station getting gas in Dade County that matched the description of the suspect’s vehicle.  That happened at around 5:30 a.m. Sunday morning.

Authorities say there is no evidence to suggest that the suspect was or is still in Dade County after possibly being seen at the gas station.

It is believed that the suspect continued further south and did not stay in Dade County.

East Ridge Police officers were dispatched to an address on John Ross Road after being notified of a possible double homicide and a suicidal suspect.

Upon forcing entry into the residence, two deceased subjects were located inside suffering from what appeared to be gunshot wounds to the head.

The alleged suspect is Casey Lawhorn, a white male, 23 years old, 5’5”, 108 lbs. He left the area prior to police arrival. The suspect called into dispatch and advising them of the situation.

Lawhorn is reportedly driving a 2002 Ford Taurus, gold in color, with Tennessee tag number W0327L. He is believed to be somewhere in Dade County, Georgia.

Anyone seeing the suspect or the vehicle should notify police immediately. The suspect should be considered armed and dangerous. 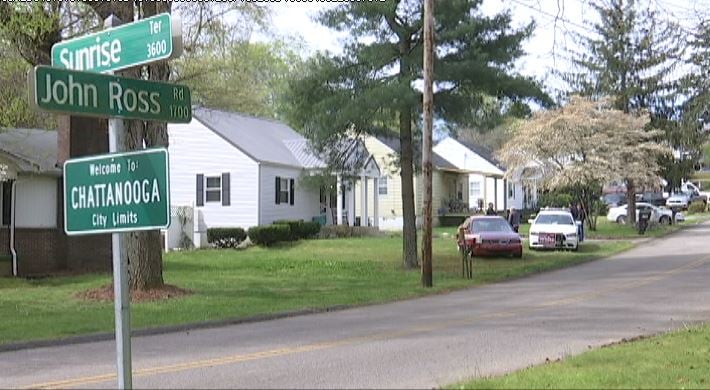