For all the obvious reasons, people who come to Italy often find it a difficult place to leave. Now, some are finding they don’t have to go home – they already are home.

Sandy and Phil Ferretti, from Long Island via Florida, run the Relais Ortaglia B&B in Tuscany. Phil is the great-grandson of an Italian immigrant. “Who would have thought we would have ended up in Tuscany, but we’re here!” said Sandra.

Ferretti discovered a connection to Italy that’s deeper than he thought; he may actually be Italian, because of what’s known as the Law of Blood.

Correspondent Mark Phillips asked Phil, “A lot of people love Italy; there’s lots of reason to. Not everybody wants to become an Italian. Why did you decide?

“Life’s too short not to become an Italian, come on!” Ferretti replied. “I think that was on a T-shirt! Everybody comes from somewhere. Everybody has roots. I guess I’m coming back.”

Perhaps it was written on a T-shirt, but more importantly, it’s also written in old Italian laws. Ferretti has found that, unlike U.S. citizenship which is based on where you were born, in Italy it’s based on whether your parents had Italian blood in their veins – blood that can run down through the generations, all the way from Phil’s immigrant ancestor, to him.

So, after years of coming to Italy on vacation, the Ferrettis have sold up in America and settled down here.

“And we just looked at each other every time we had to go home and we felt, ‘Why are we leaving our home?'” Sandy said. “We just felt so comfortable here. We love the culture. We love the food. And we love people.”

In setting up business here, Phil’s lawyer, Michele Capecchi, informed him he was probably a lucky winner in the great Italian citizenship lottery.

“The first member of your family that was born in Italy, when he moved to a foreign country, he kept on passing the Italian citizenship, the Italian blood, to the children, to the grandchildren, so on,” Capecchi said.

Phillips asked, “So, you’re telling me that whether they know it or not, there are potentially millions of Americans who, because of the blood that flows in their veins, are still Italians?”

“Yes. What determines the transfer of the Italian citizenship is the blood.”

More than four million Italians emigrated to the U.S. between 1880 and 1920. Today, more than 17 million Americans today claim Italian ancestry. The Law of Blood means many of them are still technically Italian as well.

“Can you do it on your own? Or do you have to hire a lawyer to do it?” asked Phillips.

“You can absolutely do it by yourself,” Capecchi replied. 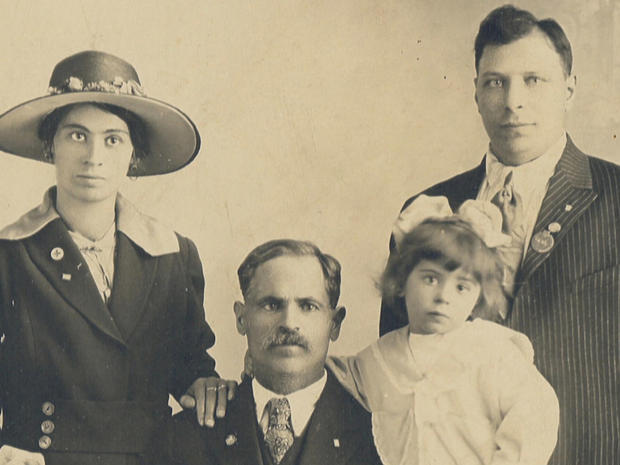 Which is why Marcie Blackstone and Leslie Forness of Oregon – granddaughters of an Italian immigrant – have come to find their family’s records in a small town in southern Italy. Their grandfather, Felice, left for the U.S. around 1900, changing the family name from Oliverio to Oliver. Massimo, at the records office, spends a lot of time digging up documents of residents who left for America a century or so ago.

Leslie said, “When we heard that we could do it, we got excited!”

“The dual citizenship would be a great benefit for ourselves and our children,” said Marcie.

Phillips asked, “What’s the benefit in it for you?”

“My benefit is I have some place to go if I want to,” Leslie replied. An escape clause! 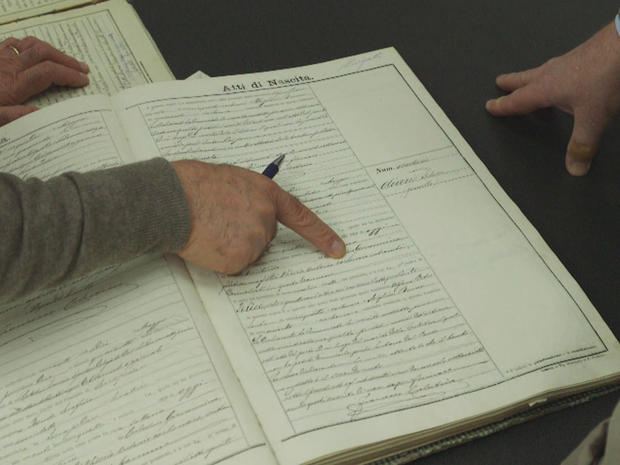 There seems to be an uptick in demand lately.

Phillips asked, “Are there things that are happening at home now that make the idea of looking further afield more attractive to you?”

“Yes, sir, there is: Our country’s divided,” Leslie said. “And it is nice to have a place that potentially we could go to sometime.”

Laura Lee Watson, who also reclaimed her citizenship back in Italy, now runs a business here guiding Italian-Americans along their own heritage trails, often meeting long-lost distant cousins along the way.

Citizenship not only connects them to Italy; an E.U. passport means they can live anywhere in Europe. 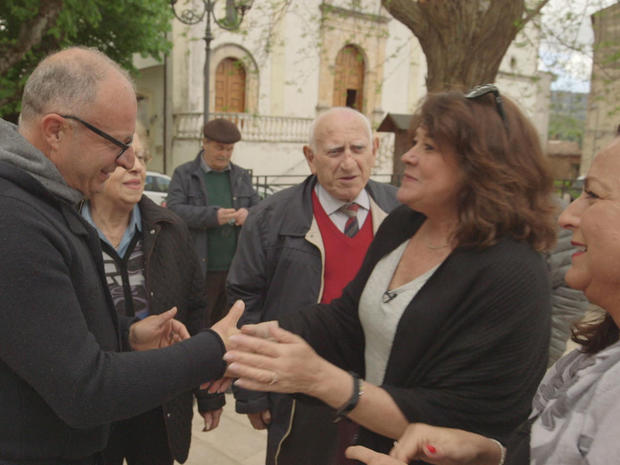 When asked about the size of the movement, Watson said, “I think it’s becoming an industry. Because if you take a look at the Italian consulates, if you look at San Francisco consulate, or Los Angeles, there’s a 10-year wait list just to get an appointment to submit your application.”

The wheel of history is turning, greased with irony.

“Who would have bet on that?” asked Phillips

Phil added, “I’ll tell you, I don’t think I could have written it any better.”

And it’s a story that’s still being written.