From The Archives: The First Riverbend Festival

CHATTANOOGA (WDEF) – Just how, when and why the Riverbend Festival began is still a matter for debate.

But the first full Festival happened in August of 1982.

This was before the Aquarium, the North Shore redevelopment, the Southside and even Hamilton Place Mall.

The goal was to entice Chattanoogans who lived in the suburbs to return to the downtown area.

And also to get a very segregated city to mix in the process.

So the headliners for that first Riverbend were a diverse crowd. 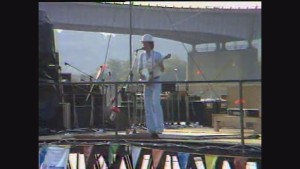 But there were other artistic events linked to the festival like an old time fiddlers convention, a brass trio launched in a hot air balloon and an arts festival at Miller Park.

Though there were events scheduled all over the downtown area, there was actually only one stage…  a river barge at Ross’s Landing.

Organizers knew they had a major sales job to convince Chattanoogans to come downtown, since there was no other music festival like this in the region.

So the first Riverbend was free.

Plus the Lyndhurst Foundation funded 3 pop-oriented concerts that summer to warm us up.

The Beach Boys performed on Memorial Day Weekend. The Commodores came to Engel Stadium in June and Rick Springfield played over the Fourth of July.

None of those shows actually made money.

Not all of the events from that first Riverbend were successes.

But when it wrapped up with the fiddle competition on Sunday, organizers could breathe a sigh of relief.

And the most audacious part of the plan.. the Bessie Smith Jazz Strut on 9th Street (now MLK Blvd), was a huge success.

The new festival was a hit and has now lasted forty years and counting. 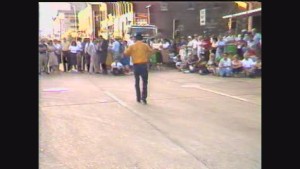