Clarke recently revealed she suffered the first ruptured brain aneurysm in 2011, just after finishing filming of the first season of “Game of Thrones,” in which she stars as Daenerys Targaryen, the “Mother of Dragons.” She suffered her second two years later.

Clarke told Smith she struggled through a period of being down after the first incident, but with the second one she says it was even harder to stay optimistic. Getting back to work on the popular HBO series helped get her through those moments.

“You go on the set, and you play a badass character, and you walk through fire, and you speak to hundreds of people, and you’re being asked to … work as hard as you possibly can,” Clarke says. “And that became the thing that just saved me from considering my own mortality, yeah.”

The second aneurysm, Clarke said, nearly killed her and caused part of her brain to die, which then led doctors on a search to figure out how it would affect her life. 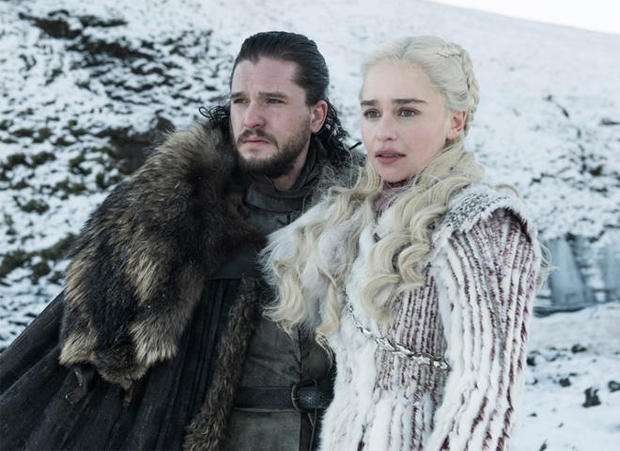 “So, they literally were looking at the brain and being like, ‘Well, we think it could be her concentration, it could be her peripheral vision’ [that was affected]. I always say it’s my taste in men,” she quipped.

The experience, she said, gave her a new outlook on fame.

“The brain injury,” she said, “grounded me in a way that nothing else could.”

In the interview, Clarke also talked with Smith about what it’s like to be a part of the epic series that has become a worldwide phenomenon; her first taste of acting when she was just five years old; and the charity she founded to help other victims of brain injuries.

The final season of “Game of Thrones” debuts on HBO on April 14. To watch a trailer click on the player below.