Italian luxury brand Gucci has made another polarizing fashion decision after it stirred outrage over an $890 sweater that evoked “blackface.” Now, the high-end label is selling a pair of intentionally “distressed” leather tennis sneakers that look like they’ve been pre-owned, for $870.

The sneakers, called the “Screener,” are named for a basketball play, according to Gucci’s website.

“Influenced by classic trainers from the ’70s, the Screener sneakers–named for the defensive sports move–feature the Web stripe on the side and vintage Gucci logo, treated for an allover distressed effect,” their description reads.

They could also more simply — and perhaps accurately — be described as dirty.

And $870 is just the starting price point for the men’s and women’s sneakers. A high-top version is available for $930, and men’s and women’s versions with “a removable Art Deco GG crystal chain” cost $1,590. The detail “pushes the notion of bringing contrasting elements together in new ways,” the product description reads.

By contrast, the iconic Stan Smith shoe by Adidas, which launched in 1973 and arguably resembles Gucci’s latest design, retails for a more reasonable $80. 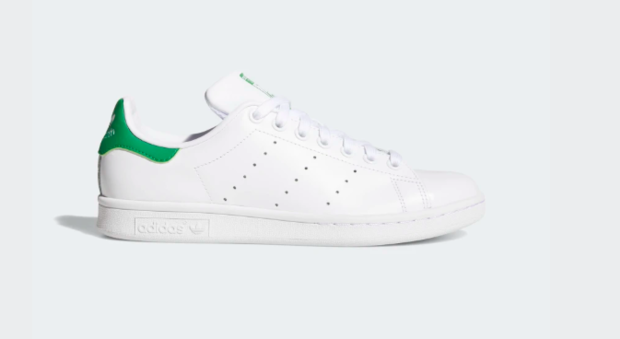 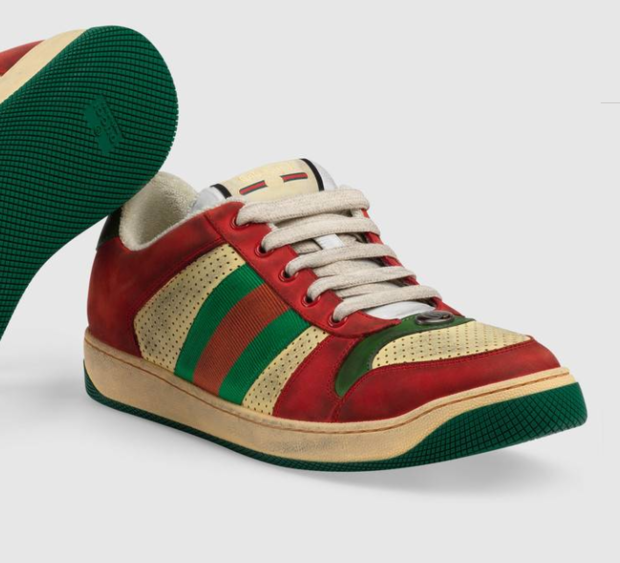 The Gucci Screener sneaker is available in different colorways Gucci 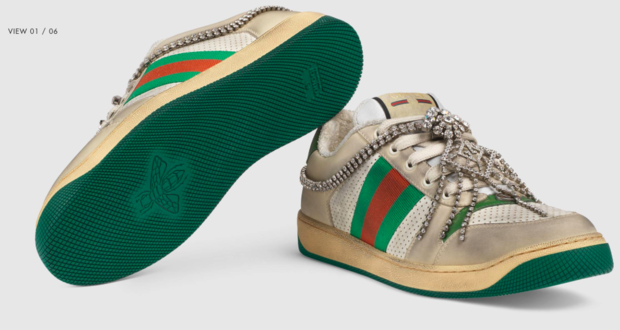 The Screener sneaker with crystals retails for $1,590 Gucci

Twitter users, of course, weighed in on the sneakers, calling them “ridiculous” and “filthy-looking.”

One user compared them to what shoppers might find at a thrift store — for a fraction of the price Gucci is charging.

“They basically look like something you’d buy at a Goodwill for four bucks,” tweeter Bubba Culpepper said. “If I want a pair that looks like that I will go to Goodwill.”

Another user said he could do the dirty work himself and achieve a more desirable look.

“I just don’t understand why designers powerhouses (Gucci, Balenciaga, LV) make these dirty/distressed sneakers and then charge a rack for em lol. I could literally beat up some Cortez’s for a 10th of the price and make it look 10x more fire,” a user named Zechariah said.

Fashion site Net-A-Porter, on the other hand, helpfully suggested the sneakers will “look great with anything from dresses to denim.”