Isotonitazene is considered more potent than fentanyl; first U.S. citation was in 2003 in Utah 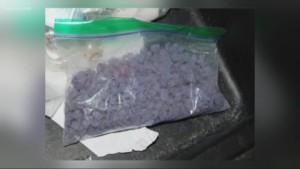 CHATTANOOGA (WDEF) – On Wednesday, News 12 was in LaFayette doing a story on the amount of fentanyl overdoses there were in Walker County and the surrounding area in North Georgia. At the end of the story, I mentioned about a drug law enforcement is monitoring that is more potent than fentanyl.

Today, the station received an email from the U.S. Drug Enforcement Agency about that drug.

The DEA says ‘iso’ is a synthetic opioid, and it is being abused due to its similar effects as fentanyl. The abuse of iso is associated with adverse health effects, including deaths.

In researching iso, I found the first citation of it from just outside of Salt Lake City in 2003, but it was a rare sighting in America until April of 2019, according to the DEA.

Iso, much like its relative, etonitazene, is considered a Schedule 1 substance. That means it has no approved medical use and has a high potential for abuse. Other examples of Schedule 1 drugs are heroin, L-S-D, ecstasy, methaqualones and peyote.

When News 12 spoke with Caine Railey, the commander of Lookout Mountain’s Drug Task Force, Wednesday, he said it takes two milligrams of fentanyl to be a fatal dose. As little as the “tip of a pencil.”

Isotonitazene is considered at least 20 percent more potent than fentanyl, and that means it can take far less to kill you.

To learn more about isotonitazene, click on a fact sheet from the DEA about the dangers of iso.