The TV personality said she was prompted to seek treatment following her arrest last week, according to a statement posted to her official social media channels on Friday.
“After the events of last Saturday night in Palm Beach, I am truly embarrassed,” the statement said. “I have decided to seek professional guidance and will be voluntarily checking into an alcohol treatment center. I intend to turn this unfortunate incident into a positive life changing event.”
View image on Twitter 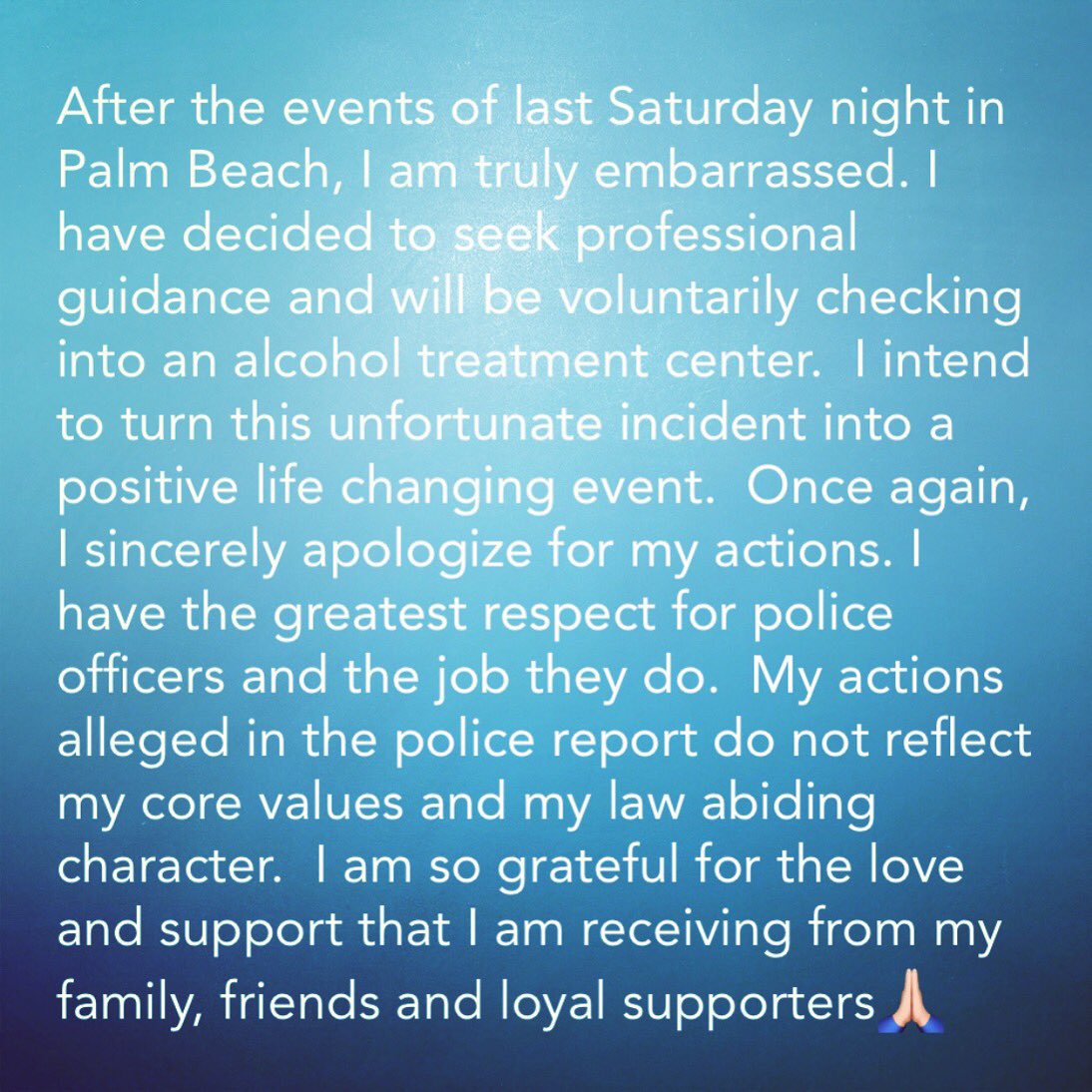 Twitter Ads info and privacy
De Lesseps was arrested by police in Florida on the morning of December 24, charged with battery of an officer and disorderly intoxication, according to jail records from the Palm Beach County Sheriff’s Office.
She was also charged with resisting arrest with violence and corruption by threat against a public servant, according to records.
“Once again, I sincerely apologize for my actions,” de Lesseps added in the statement. “I have the greatest respect for police officers and the job they do. My actions alleged in the police report do not reflect my core values and my law abiding character.”
De Lesseps is known to most as “The Countess,” a nickname coined during her time on the Bravo reality series and a reference to the courtesy title she was given during her first marriage to Count Alexandre de Lesseps.
The reality star’s second marriage, to businessman Tom D’Agostino Jr., ended in August.
“This was my first time in Palm Beach since my wedding and being there brought up long-buried emotions. I am committed to [a] transformative and hopeful 2018,” De Lesseps said in a statement after her arrest.
De Lesseps’ representatives did not respond to CNN’s request for comment.
CNN’s Amanda Jackson and AnneClaire Stapleton contributed to this report.
**Photo via CNN
Categories: Entertainment
Tags: Addiction, Alcohol, CNN, luann de lesseps, The Real Housewives of New York City, WDEF