The NCAA Bracket is a March Madness tradition nearly as popular as the college basketball tournament itself. This year, some 70 million brackets are competing for cash prizes and office bragging rights.

And best we can tell, it all started at an unassuming bar in Staten Island, New York

Terance Haggerty has heard the story since childhood. The year was 1977, and his dad, Jody, had just opened Jody’s Club Forest. “My dad loved ideas,” he said. “Just sitting at the bar with friends. And they said, ‘Let’s each see who can pick the Final Four.’ And it kind of snowballed from there.”

This year some 70 million bracket-makers are competing for cash prizes and office bragging rights. CBS News

“Where would he keep all the cash?” asked correspondent Brook Silva-Braga.

“It was all over the place. People would pitch in.”

“‘Pitch in’ by keeping some of the money?”

“By helping my dad, yeah. It was literally March Madness in one block!” 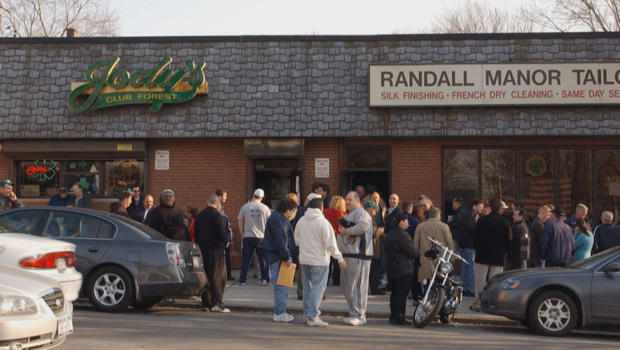 Soon the idea spread far beyond Staten Island. Brackets entered the culture. Bracketology – the study of NCAA brackets – is now a job. “You could not have designed a better vehicle to capture the attention of the casual fan,” bracketologist Joe Lunardi said of the brackets phenomenon.

Yet there are millions of people who fill out a bracket without being able to name a single player in the tournament.

“Yeah, I hate those people!” he laughed.

“Don’t we have a right to lose ten bucks as good as anybody?” asked Silva-Braga.

To which Warren Buffett said, “Can you give me the name of the dog? I’ll use him this year!”

We think Buffett is joking. He doesn’t personally fill out a bracket, but a few years ago he offered a billion dollars to anyone who could pick all 63 games correctly. No one did.

Silva-Braga asked, “You have almost 400,000 employees. Any concerns about productivity loss with all these folks watching the games, filling out the brackets?”

“We’re gonna lose ’em anyway!” Buffett laughed. “We might as well have a good time while it’s happening, ’cause, you know, I can’t stand there with a whip over them!”

Buffett has since taken another tack, offering his Berkshire Hathaway employees $1 million a year for life for predicting the first two rounds of games. That’s been too hard, too.

“This really pulls everybody in,” he said. “They may never go to a basketball game themselves, but it really does have a hold on their imagination.”

Back at Jody’s, they know all about million-dollar brackets, too. Their pot ballooned to more than $1.5 million in 2006. But then a couple of IRS agents showed up at the bar. “We knew it was basically over, basically that day,” Terence Haggerty said. 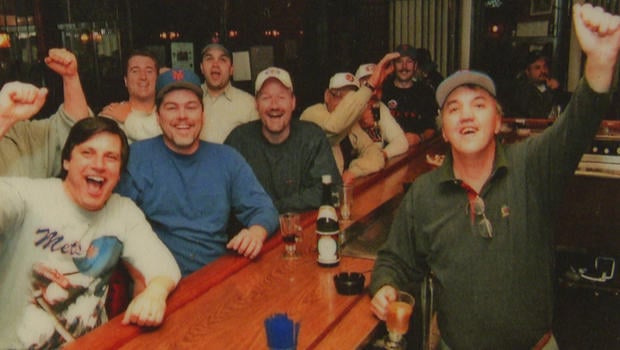 Jody Haggerty pleaded guilty to under-reporting his income, and the bracket pool was history.

Jody died three years ago, but come March on Forest Avenue, Terence can still picture his dad out there. “I get some good memories of him and what this place was like. He did something really good for not only Staten Island and New York, [but] some of the country, too.”