One internal candidate plus 3 others from across the country

They include one in-house candidate, Glenn Scruggs plus a female candidate from Atlanta, plus two men now working in New Orleans and Vancouver, Washington.

“Our next chief of police must have a demonstrated commitment to civil rights and community policing, the ability to spur a strong culture of accountability within the department, and a track record of successfully keeping residents safe,” said Chattanooga Mayor Tim Kelly.

“There’s no question that every single one of these four finalists brings these traits to the table, and I’m impressed with the caliber of law enforcement professionals who’ve shown interest in CPD, in Chattanooga, and in our City government.” 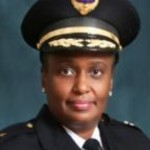 Celeste Murphy: Deputy Chief Celeste Murphy has served in the Atlanta Police Department for over two decades, where she has held the roles of Patrol Officer, Detective, Sergeant, Lieutenant, and Captain. In 2016 she was appointed to the rank of Major and selected to lead the Office of Professional Standards (or, Internal Affairs). In the history of the Department, she is the sixth woman to serve as a precinct commander, and the first woman ever to command two different precincts. 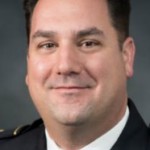 Paul Noel: Deputy Superintendent Noel has served in the New Orleans Police Department for over two decades, having held a variety of patrol and investigative assignments including Chief of Field Operations, and as commanding officer for the Special Victims Section, the Criminal Investigation Division, and the Second District.  In his current role as Chief of Detectives he oversees all centralized investigative functions, the Crime Lab, and various other support functions. 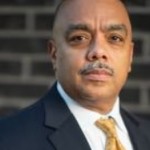 Troy Price: Assistant Chief Troy Price began his career in law enforcement in Chicago, and currently helps lead the Vancouver Police Department, where he’s served in a variety of roles. As Assistant Chief of Police, he currently oversees the Department’s precincts, patrol personnel, and a team of over 100 volunteers. 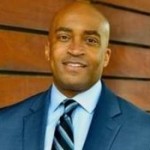 Glenn Scruggs: Assistant Chief Glenn Scruggs has nearly three decades of service to the Chattanooga community in public safety. He has worked in the Public Housing Unit, the CPD Neighborhood Policing Bureau, and the CPD Investigations Bureau. In his current role as Assistant Chief for the Chattanooga Police Department’s Neighborhood Policing Bureau, he oversees approximately 260 sworn officers.

A document containing full-length biographies on each of the four candidates can be found at cha.city/chiefsearch.

From here, each candidate will be interviewed by the Mayor and a community panel.

“While we’d be fortunate to have any one of these dedicated public servants at the helm of CPD, I’m looking forward to selecting the best possible chief for Chattanooga,” said Mayor Kelly.