Catherine, Duchess of Cambridge and Meghan, Duchess of Sussex at the Wimbledon on July 14, 2018 in London, England.

In a role reversal from her wedding — at which Williams was a guest in May — Markle watched her friend from the royal box.

Markle and her sister-in-law Kate Middleton participated in a standing ovation as the players walked onto the court.

“I was really happy to get this far,” Williams said after the match. “I’m obviously disappointed but I can’t be — because I’m literally just getting started.” 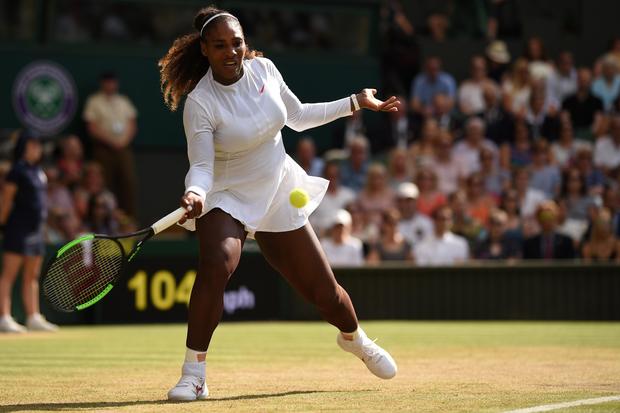 Williams is a seven-time Wimbledon champion and her 23 major trophies rank second all-time to Margaret Court. This final came just 10 ½ months after the 36-year-old American gave birth to a daughter and dealt with a serious health scare. She was playing in the fourth tournament of her comeback.