Update: One Person Dead After Fiery Crash on Hwy 58

Harrison, TN (WDEF) – Early Saturday afternoon, Chattanooga police responded to a fiery crash in the 5900 block of Highway 58, leaving in one person dead.

Authorities report that Karen Saxton, 64, was entering Highway 58 from Congress Lane when she pulled into the travel path of another vehicle, driven by Allen Dickerson, 21.

The two collided, with the front of Dickerson’s vehicle hitting the driver side of Saxton’s. Both vehicles rotated around, with Saxton coming to a rest in the southbound lane, and Dickerson in the northbound.

One vehicle caught fire after the collision. 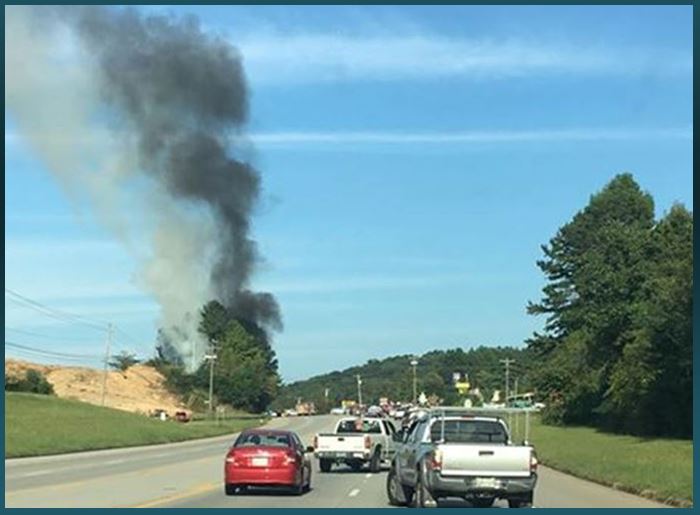 Saxton did not survive the crash. Dickerson was transported to a local hospital with non-life threatening.

Members of the Chattanooga Police Traffic Division are actively investigating and ask anyone with information to call 423-698-2525.
—
Previous story:

HARRISON, Tenn. (WDEF) – One person is dead after a fiery crash on Highway 58 Saturday afternoon.

The Chattanooga Police Department says one car was coming down Highway 58 when another car turned off Congress Lane, that’s when they collided.

One person dead after two car crash on Hwy 58 and Congress Lane. The person in the car that caught fire, was pronounced dead. @ChattanoogaPD investigating. @wdefnews12 pic.twitter.com/rIf5VykNjp

One car caught fire after the collision. The person in that car was pronounced dead on the scene.

The person in the other car was transported to a local hospital.