CHATTANOOGA, Tenn. (WDEF) – After a pair of arrests concerning sex crimes against children, Chattanooga Police are trying to alert parents to be more cautious with their children.

According to CPD data that was shared this morning at their weekly press briefing, there have been 22 forcible sex offenses that have occurred in Chattanooga so far in 2023.

One of these alleged offenses occurred at the Urban Air and Adventure Trampoline Park near Hamilton Place Mall.

A representative from Urban Air told News 12 that another employee witnessed Finch attempt to inappropriately touch a minor.

When management tried to call police, Finch ran off of the property before they could arrive.

Police later caught up with him and arrested him.

Finch is charged with solicitation of a minor and aggravated sexual battery.

Finch is set to appear in Hamilton County Court in March. 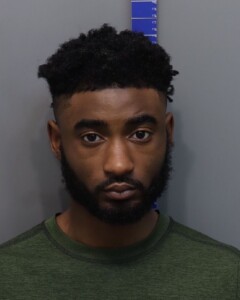 This is on the heels of another incident at the nearby YMCA location on Shallowford Road.

He was accused of inappropriately touching three girls while he was an instructor there.

A representative from the YMCA says they are investigating the incident and Hardeman is not allowed on premises during both their and police’s investigations.

These two incidents have police giving out some advice to parents to help them avoid a similar fate for their children.

Assistant Chattanooga Police Chief Glen Scruggs said, “Very much like I did when my son was going to those sorts of places, whether it is the Hamilton Skate Place or the Urban Air Jump Park. Parents are encouraged to be their children at those establishments. Don’t leave your children to be attended to by a stranger or even professionals who operate a business.”

Another question came up about the effectiveness of the background check Urban Air conducted on Finch before hiring him.

In our archives, Finch was arrested back in November 2021 and charged with sexual assault of a student on the campus of Southern Adventist University in Collegedale.

Collegedale Police said a female jogger on the campus reported that Finch drove up to her, jumped out, and groped her.

I asked the representative from Urban Air if they conducted a background check on Finch before his hiring.

They said that quote, “We conducted a thorough background check, and nothing popped up to prevent his hiring.”

Police say previous incidents should have appeared on a background check.

Scruggs said, “But I can say, the things that were shown, showed up on that background check were there when they reviewed it.”

Police want parents to be mindful of what their kids might be trying to tell them.

Executive Chief of Police Harry Sommers said, “Having conversations with your children so they’re aware of what’s right, what’s wrong, what’s appropriate, what’s not appropriate, and having that good conversation back and forth I think is really important. Knowing where you are, where they are, what your children are doing at different age groups really matters.”

The representative from Urban Air did say they are cooperating with police in their investigation.