CHATTANOOGA (WDEF) – The Hamilton County Cold Case Unit announces the solution of a 42 year old murder, with both criminal and political ties. 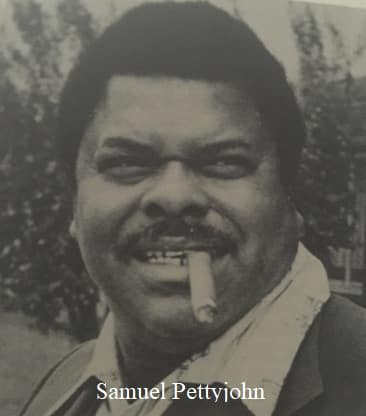 The murder of Samuel Pettyjohn happened on February 1, 1979.

He was gunned down at the business he owned on Market Street… the Beverage Center.

But he also had owned a series of nightclubs and stores on 9th Street, now MLK Boulevard.

Police found $100,000 worth of cash and jewelry on his body which was not taken.

Informants who were in the parking lot described a man standing over Pettyjohn and shooting him.

They say the suspect left the business and fired some shots into the air before fleeing.

Investigators also say there was a briefcase at the business with a tape recorder with several recordings that had been removed.

Pettyjohn was a well-connected businessman.

Prosecutors say he was “active with a number of prominent Chattanooga business owners who engaged in both legal and illegal activities.”

He had ties to the Teamsters and claimed to be a personal friend of Jimmy Hoffa.

Pettyjohn was also a supporter of local and state democrats.

He and gambling operator Bob Roundtree were implicated in the prison scandal involving then-Governor Ray Blanton.

The two would visit inmates and imply that bribes could help them get paroles.

The FBI began an investigation that chased Governor Blanton out of office,early (He would later go to prison for selling liquor licenses).

Pettyjohn was called to testify at the trial and provided names.

Roundtree was convicted, even though 5 witnesses were either murdered or “committed suicide.”

Pettyjohn also was the target of another high profile investigation.

The biggest could have been over an explosion in 1974 on 9th Street.

Several of his nightclubs were destroyed and one person killed.

Those nightclubs were heavily insured.

Investigators believed organized crime was behind the bombing, but Pettyjohn was murdered before they could bring charges against him.

Police did later charge two suspect with the Pettyjohn murder, but could not shake their alibis and had to drop the charges.

The Cold Case Unit got involved in 2015. 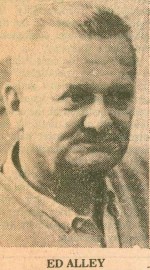 They acted on information that of William Edward Alley had confessed in prison to murdering Pettyjohn.

They developed information that he said Pettyjohn knew too much about various investigations, including the Blanton cae.

The informants said Pettyjohn had arranged to meet some people about “important business” after he closed the liquor store.

Instead, Alley showed up in disguise and shot him.

Today, prosecutors say Alley has passed away, himself.

But they presented their evidence to a grand jury this month which decided that if he were still alive, they would indict him for the murder of Samuel Pettyjohn.

“Hopefully, it will bring some closure and peace to Pettyjohn’s surviving family members.”

Pettyjohn’s son, Saadiq, was at the press conference today.

And his 92 year old mother is still alive and thankful for the closure.

“It is a curse and a blessing to grow up in a family that is connected to crime,” said Saadiq Pettyjohn.

“When that person dies, you can either go that route, or you can go a different route, and all of us chose to go a better route with education and try to do better in our lives.”