Parrish says Gainesville High School students told administrators that the 16-year-old had a notebook with detailed plans to kill worshippers at the church.

The police chief says the girl is charged with criminal attempt to commit murder. She’s being held in a youth detention center in Gainesville.

Gainesville is about 50 miles (80 kilometers) northeast of Atlanta. 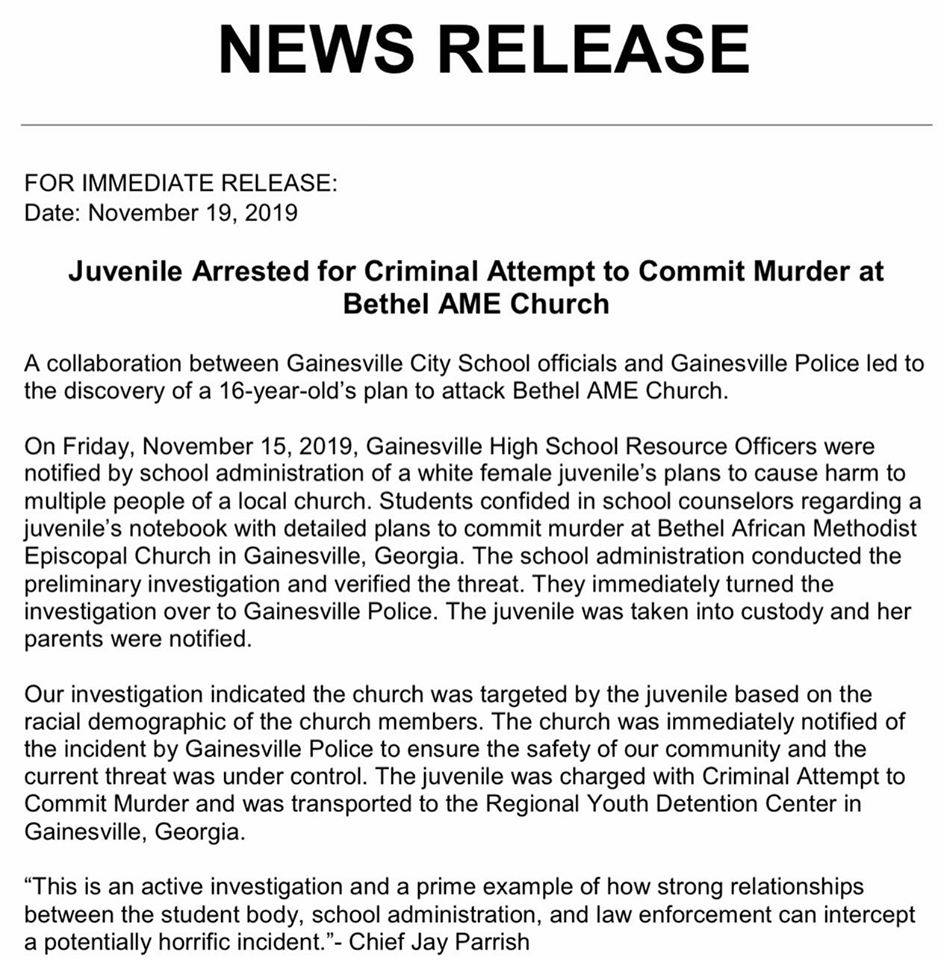