CHATTANOOGA (WDEF) – The Cold Case unit is offering a new reward to help solve a murder case from 1984.

An anonymous donor contributed $10,000 to solve the death of Janet Newman.

She was killed 11 days before Christmas (see our video & interview from 1984).

Newman worked at Cannon Towel and Linen on Brainerd Road.

Her boss found her body in a storage room in the middle of the afternoon, after he had run some errands.

She had been bound, gagged and stabbed repeatedly in the chest.

The total amount of the reward now is $11,000 for information leading to the arrest and conviction of a suspect.

The District Attorney General’s Cold Case Unit is asking for the public’s help so they can bring answers to Janet’s family, especially her daughter, Tracy. 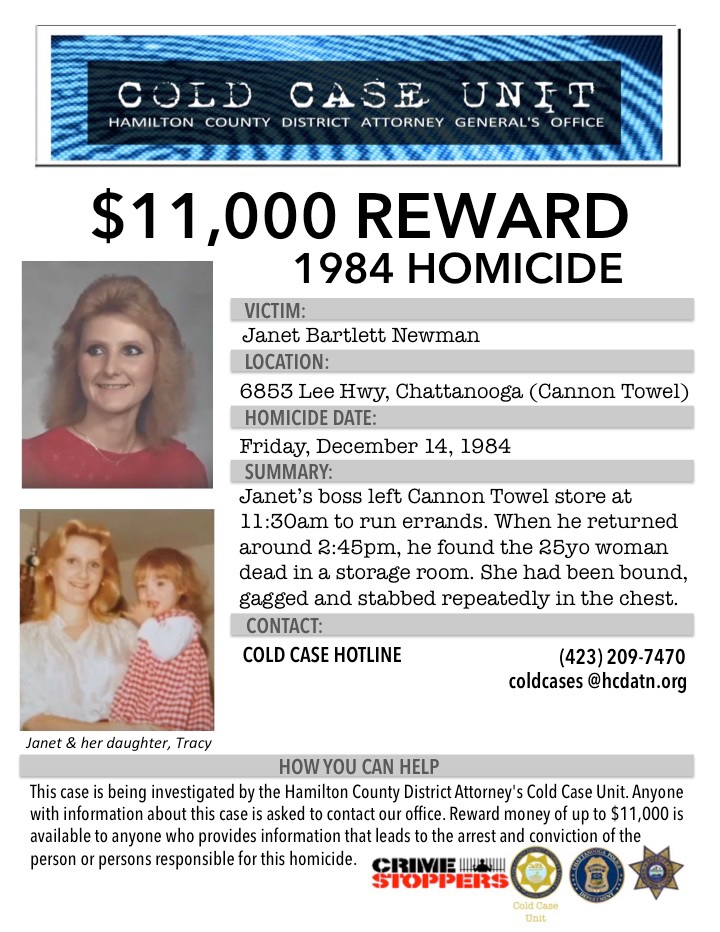 GBI looking for suspect who blew up Georgia Guideposts