UPDATE: Any donations to Marcus can be made through PayPal: Marcus Nunley nunleyfarm20@gmail.com

Three cows were shot and killed by a crossbow on a farm in Grundy County between Sunday night and Monday morning.

Some of the images may be graphic.

New’s 12 Bekah Birdsall has the story from the Coalmont area.

“The head count was coming up way short, and when I went over the hill to where the cows were and there was the first dead one. And then, I noticed the second dead one and then there was the third dead one.”

Marcus Nunley was doing a routine check on his cattle when he noticed 3 of his cows were dead.

He says his initial reaction was to call the vet since they were healthy 24 hours ago.

However, when he noticed arrows in all three of the deceased cows, that’s when he called the Grundy counties sheriff’s office instead.

“After the officer got there, they did a report, and we pretty much knew something with violence had happened.”

Not only was the loss of 3 cows a big financial set back, but a sentimental one.

“Most people won’t put in the effort to take care of cattle, it’s just something I love to do. And I take better than average care of mine, I put a lot of effort into them, and it’s just, sort of heartbreaking to see your work destroyed like that for no reason.”

Numerous rewards now add up to thirty-seven hundred dollars for any information leading to an arrest.

“I personally offered a $1000 reward, I’m a Farm Bureau member. There is a $2500 that their offering under their vandalism act.”

According to the Grundy County Sheriff’s Facebook page, another private donor is offering an additional $200 reward.

If you have any information contact Grundy County Sheriff’s office. 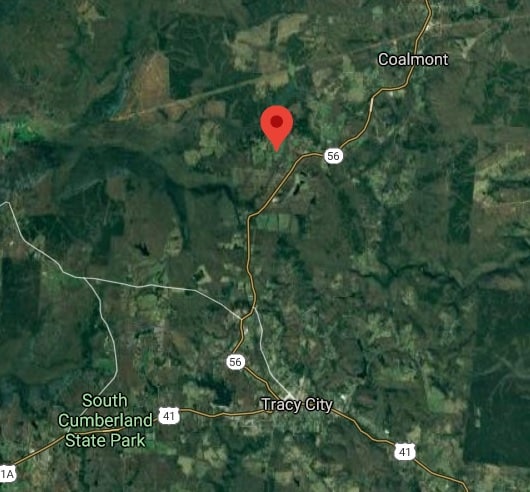