Top leaders of the U.S. military services apologized to Congress on Thursday for allowing substandard living conditions in military family housing. They acknowledged failing to have fully understood the problem earlier and promised to fix it. One senator has even called for a criminal investigation of conduct by those who operate military housing.

“What’s happened here is criminal,” said Sen. Richard Blumenthal, a Connecticut Democrat. He urged the service leaders to ask the Justice Department to consider opening criminal or civil investigations of conduct by the housing contractors, whose arrangements with the military housing authorities, Blumenthal said, are “a risk-free cash cow.”

The issues include lead poisoning hazards, mold and pest infestations in some military housing across the country. The problems have been raised before by government auditors and others but have come to a head in recent weeks amid increased news coverage and congressional testimony last month by military family advocacy organizations.

At a Senate Armed Services Committee hearing, the civilian and uniformed leaders of the Army, Navy, Air Force and Marine Corps laid blame largely on the private contractors who built the homes and are obliged to keep them in good repair. The officials vowed to renegotiate the long-term, multibillion-dollar contracts to ensure more accountability.

“I want to start by first apologizing personally on behalf of the Department of the Navy to any sailor, Marine, soldier, airman, Coast Guardsman that was affected by the housing malady,” said Navy Secretary Richard Spencer.

“In too many cases, it is clear the private housing companies failed to uphold their end of the bargain, a failure that was enabled by the Army’s insufficient oversight,” Esper said. “We are determined to investigate these problems and to hold our housing contractors and chains of command accountable.” 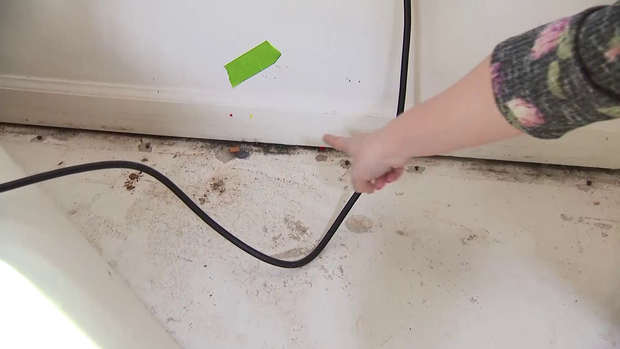 Air Force Secretary Heather Wilson said the three military departments are drafting a “tenant’s bill of rights” to make the contractors and military commanders more accountable and to give military families more leverage in dealing with housing problems that affect their health and safety.

Sen. James Inhofe, the Oklahoma Republican chairman of the committee, read portions of a report the panel’s staff had written after visiting several military bases to get a first-hand look at the problems, which they concluded are worse than initially believed. Commanders at the bases were not uniformly aware of the depth of the problems, the report said.

“Where they thought they had a good understanding of current housing conditions, most came away embarrassed that they were not aware of some of the dire situations,” the report said. “Specific issues included absolutely no quality assurance from the services, which the chain of command admits is a problem.”

Inhofe took aim at the military leaders sitting at the witness table in front of him.

“The chain of command failed to take care of its own and lost their trust,” he said.

Josh and Lacy Saindon have lived in a house at Ft. Meade in Maryland for more than two years. Instead of rent, the Air Force pays a basic housing allowance of nearly $2,200 a month directly to contractor Corvias Military Living, CBS News’ Chip Reid reported in February.

Appliances started breaking, siding on their 8-year-old house was warped and they suspected mold growing on the floor and walls was affecting their children’s health — something their doctor hasn’t ruled out.

Families complain of mold, lead paint, rats in military housing ahead of hearing

According to the EPA, “allergic reactions to mold are common” and “exposure can irritate the eyes, skin, nose, throat, and lungs.”

A spokeswoman for Corvias declined to discuss specific cases but acknowledged the company had “let down some … residents” and said that while mold is a minor problem, they will be hiring an “expert” to review the company’s policies.

Shannon Raszadin, a Navy wife, collected complaints ahead of a hearing in February from more than 7,000 tenants across the nation through her group the Military Family Advisory Network “They shared stories of black mold, of lead paint, of rats, roaches, bats,” Raszadin said. “People don’t have recourse and so they don’t have the opportunity to withhold a rent check and often they don’t have the luxury of going to look at housing before they move.”

In 2016, the Defense Department’s own inspector general cited “pervasive” health and safety hazards at housing facilities. A Department of Defense spokeswoman told CBS News the military and its housing partners “continue to work together to review housing conditions” and “evaluate policies and procedures.”